An explosion at an ammunition dump has left six Ahrar al-Sham rebels dead in Aleppo, but reports say it was far away from residential areas and there were no reports of civilian casualties writes Al-Araby Al-Jadeed. 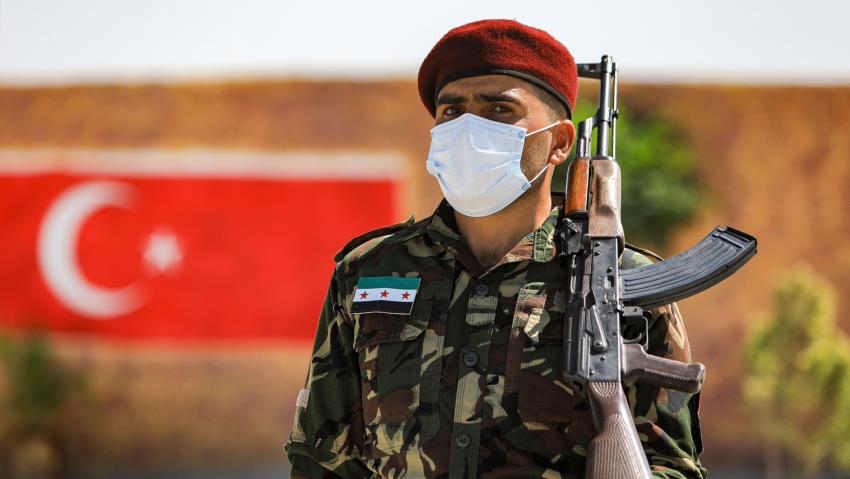 Six members of the Syrian Ahrar al-Sham rebel group were killed in an explosion at an ammunition dump in northwestern Syria on Friday evening, while the Turkish defense ministry said that it had ‘neutralised’ five fighters from the Kurdish-led Syrian Democratic Forces in northern Syria.

Local sources told Al-Araby Al-Jadeed that a heater overturned in the ammunition dump, which is located in the village of Julqan near Afrin in northwestern Syria, causing a huge explosion and killing the six Ahrar al-Sham rebels.

Several other members of Ahrar al-Sham, which is part of the Turkish-backed ‘Syrian National Army’ were wounded in the explosion, some seriously.

The sources told Al-Araby Al-Jadeed that the ammunition dump was located at an Ahrar al-Sham base far away from residential areas and there were no reports of civilian casualties from the explosion.

The Afrin area of northwestern Syria was captured by Turkish-backed rebels from Syrian Kurdish forces in 2018.

On Saturday, the Turkish Defence Ministry announced that it had “neutralised five members of the Syrian Democratic Forces (SDF)”, which is mostly made up of Kurdish militias.

The Defence Ministry did not specify whether the SDF members had been killed or captured. It said that they had tried to enter the Turkish-administered buffer zone between Ras al-Ayn and Tel Abyad in northern Syria, which Turkish forces captured from Kurdish militias during ‘Operation Peace Spring’ last year.

Two other SDF members were “neutralised” on Friday in north-eastern Syria, the Turkish Defence Ministry said.

Turkish-backed Syrian militants and SDF fighters have been clashing in the area around Ain Issa in Raqqa province in northern Syria recently.

Elsewhere in Syria, an Assad regime soldier was killed in rebel shelling on Saturday in southern Idlib province, where regime forces and rebels have been exchanging fire despite a truce proclaimed last March.

In the southern Syrian province of Daraa, which was captured by the Assad regime from rebels in 2018, two men were killed by unknown assailants.

Local activist Mohammed al-Hourani told Al-Araby Al-Jadeed that one of the men was a former rebel.

In the regime-held coastal city of Jableh dozens of people were injured in clashes between rival football supporters at a match between the Jableh and Tishrin team at the city’s stadium.

Ten thousand spectators reportedly attended the match, despite the presence of coronavirus in Syria.