The speaker of the Syrian parliament called the practice of using water as a weapon of war immoral, a war crime, and a violation of all international norms, Syria Times reports 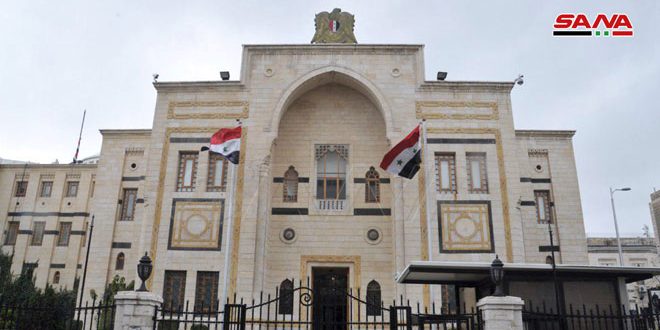 People’s Assembly Speaker Hammoudeh Sabbagh has sent 37 letters on behalf of the People’s Assembly to the UN Secretary-General, heads of the international parliamentary unions and regional and Arab parliamentary associations in which he denounced the continued crime perpetrated by the Turkish regime and its mercenaries which is cutting off the drinking water for more than a million citizens in al-Hasaka governorate. He called for exerting pressure on it to stop its crimes against the citizens.

Sabbagh said in his letters that, “we at the People’s Assembly express our denunciation and condemnation of the continued heinous crime committed by the Turkish occupation which cuts off water from Alouk Station that is considered the main source for providing drinking water to more than a million people in al-Hasaka City and the residential compounds affiliated to it. This has started from the 30th of last month.”

Sabbagh pointed out in his letters that since the Turkish regime occupied the Ras al-Ayn area in which Alouk Station is located it has cut off the water 17 times and that no one should remain silent while the systematic and massive human rights violations against the civilian population continue in the city of al-Hasaka and its environs.

Sabbagh affirmed that the Turkish regime’s use of water as a weapon of war against Syrian civilians to achieve political and military gains without taking into consideration the minimum humanitarian needs of the locals in this area is considered a war crime and a blatant aggression and violation of all the international pacts, conventions and norms.

He added that these immoral and inhuman practices outrageously contradict the principles and goals of the UN and the provisions of the international law and the international humanitarian law, as well as the relevant Security Council’s resolutions.

In his letters, Sabbagh called on the UN, representatives of the UN member states, heads of the international parliamentary unions and regional and Arab parliamentary associations to condemn and denounce the Turkish aggression and occupation of parts of the Syrian territories in general.

Sabbagh called also to condemn and denounce the process of repeatedly cutting off the drinking water for more than a million citizens of al-Hasaka City, and to exert all possible forms of pressure on the Turkish regime to stop this heinous crime and to re-operate the Alouk Water Station to allow water to reach the locals in al-Hasaka and the surrounding residential compounds, and put an end to the violations of the occupying Turkish regime.