Towns in southern Damascus are experiencing severe water shortages, with no solutions from the authorities, and are being forced to pay high prices to water tankers reports Zaman Al-Wasl. 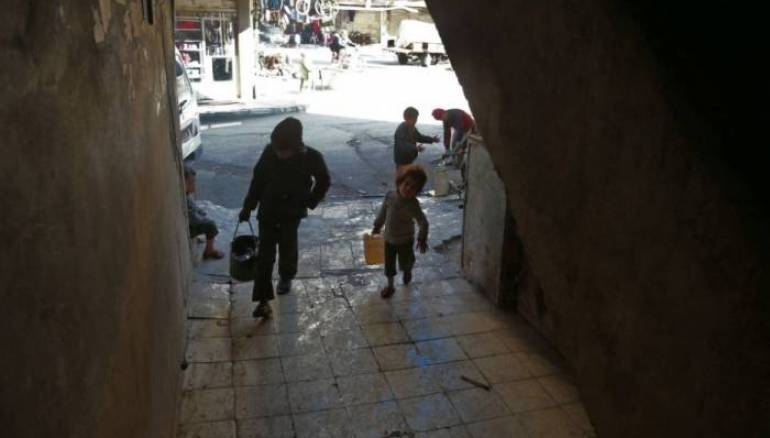 For more than a week, there have been interruptions to the drinking water supply in the towns of southern Damascus, which the Assad regime has been ignoring despite all the complaints.

The Damascus-based network Sowt Al-Asima confirmed that the interruption has continued for eight days, with no solutions reached by the authorities who have been receiving numerous complaints from the people of the region submitted to the municipal councils.

The water supplied by the main network to the towns of Babila, Yalda and Beit Sahem, has been completely cut off from all neighborhoods, which forced people to buy it from water tankers at high prices.

The price of a barrel of water ranges between 1,000 and 1,500 Syrian pounds, with average families needing around five barrels daily, which brings the monthly cost for water to around 150,000 pounds per month.

Dozens of complaints were submitted to the municipal councils over the past week, demanding an immediate solution to this vital issue.

The Mayor of Yalda explained that the interruption of the supply on the main networks was due to diverting water lines to reserve tanks and distributing them to Jaramana, Dwaila and the surrounding areas, as a result of the shortage of drinking water in Damascus, and the unusual lack of rainfall during this month, based on previous years.

The frequent interruptions to drinking water in various parts of Damascus and its countryside is one of the major problems that civilians have faced for years, with dozens of areas  frequently suffering the same issue.