Faleh al-Fayyad arrived in Damascus for a meeting with President Assad, to discuss relations between Syria and Iraq writes SANA. 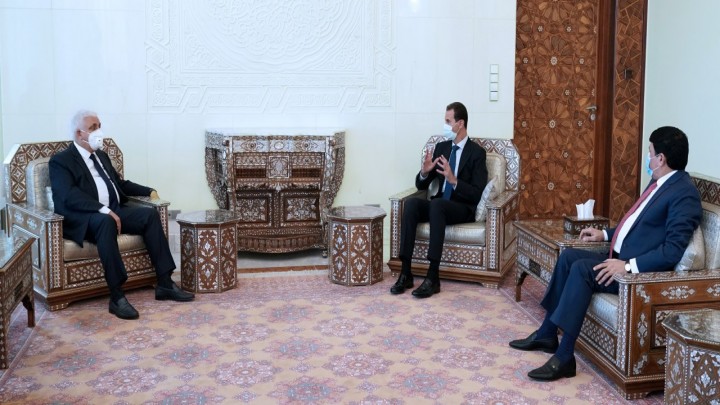 The head of the Popular Mobilization Forces (Hashd al-Sha’abi) in Iraq, Faleh al-Fayyad, arrived in Damascus, on an official visit to meet Syrian President Bashar al-Assad.

In a brief statement, Fayyad’s office said, “The head of the Popular Mobilization Authority arrived in the Syrian capital, Damascus, to meet with the Syrian President Bashar al-Assad.”

According to a Syrian government source, the meeting touched on a number of topics, including cross-border trade and increasing bilateral relations.

It is noteworthy to mention that Fayadh has visited Syria several times, as an envoy of Iraqi heads of government.