Christians of Raqqa are asked to return, the Syrian Computer Society wins competition, aid distributed in Hassakeh, and no tsunami detected following earthquake. Catch up on everything that happened over the weekend. 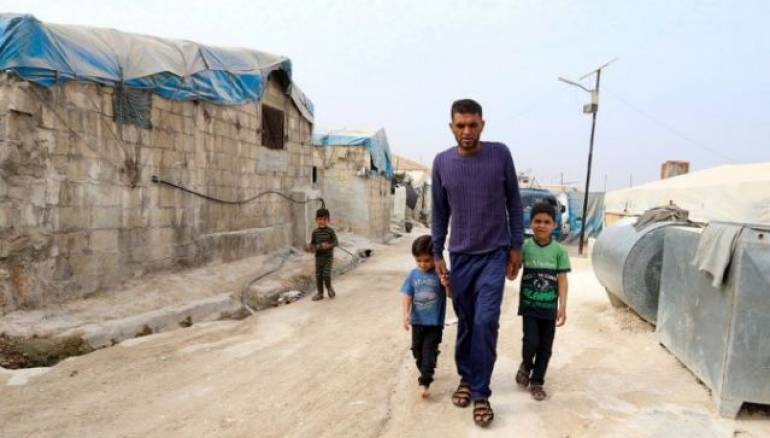 1. The head of the Foundation for Religious Affairs in Raqqa, Ali Shaieb, called on the Christians of the city to return and practice their religious rituals without fear. He said in a statement to North Press that the efforts to rebuild the Church of Our Lady of Mary, which was destroyed by the Islamic State (ISIS), are nearing completion. “Before the work in the church ends, we ask our Christian loved ones to return to their countries, businesses, and homes,” he said.

2. The Lattakia branch of the Syrian Computer Society (SCS) has ranked first in the Ada Lovelace Hackathon 2020 for Artificial Intelligence online competition, surpassing other teams from the United States, Britain, India, Romania and Kazakhstan. The head of the SCS branch in Lattakia and supervisor of the contest, Maryam Fayyoud, told SANA that judges and supervisors from the University of Cambridge, Imperial College and the Massachusetts Institute for Technology took part in the event.

3. The Hassakeh branch of the Syrian Arab Red Crescent (SARC) distributed, with support from the International Committee of the Red Cross (ICRC), 4,800 parcels of food and relief assistance to the families in need in Hassakeh’s southern countryside. According to Tishreen, SARC said volunteers in Hassakeh will continue distributing in the countryside to all families, especially in the southern region of the province, which contains a number of poor families who suffered a lot from terrorism.

4. The Meteorology General Department rejected the possibility of any tsunami on Syria’s coasts, asserting that the Mediterranean Sea is not an ideal place for the formation of a tsunami because it lacks breadth and depth, in addition to the large number of islands and their position. Weather forecaster Maher Murhej told SANA in a statement that no tsunami waves were registered on the Levant coasts following the devastating earthquake which struck the Aegean Sea yesterday, opposite of the Turkish and Greek coasts which reached 7 on the Richter Scale and was followed by more than 100 aftershocks, some of them 4 on the Richter Scale.

5. The commander of the Israeli Army’s 210th Division, Brigadier General Roman Goffman, stated that his forces had carried out several raids during the past weeks against the Syrian fortifications on the contact line in the Syrian Golan Heights. Goffman said in an interview with the Russian Tass News Agency on Friday, “During the past weeks, we carried out several operations against Syrian fortifications, which were established directly on the border line and partly on our lands.”