At an annual meeting of the al-Areen Charitable Foundation, large posters of Asma al-Assad were on display, the first time that the poster of a woman who is affiliated with the regime is raised at an event reports Asharq Al-Awsat. 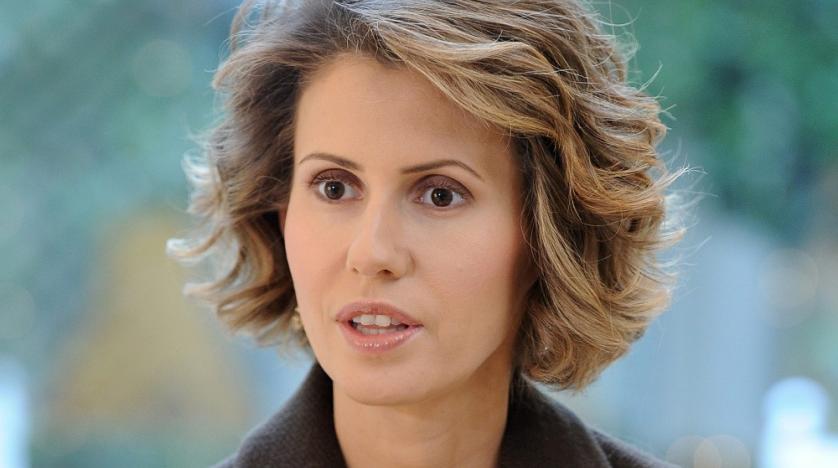 In what has been described as a “precedent” throughout the decades-long rule of the Assad family over Syria, a large poster of first lady, Asma al-Assad, was raised at a popular event in the city of Hama.

Hama, which the regime destroyed during the ongoing conflict in 2012, was holding the annual meeting of the al-Areen Charitable Foundation, attracting more than 20,000 people wounded in the war and families of victims of pro-regime forces.

This was the first time that the poster of a woman who is affiliated with the regime is raised at an event. The size of the poster rivaled those of Bashar, her husband.

Asma’s poster was seen covering the façade of one building overlooking the stadium where the gathering was held. A poster of Bashar and the national flag covered another building.

Sources in Damascus said the move was a message from Asma to regime loyalists as she rallies support in her rivalry with Rami Makhlouf, Bashar’s cousin and business tycoon who has fallen from grace with the regime.

The rivalry between Amsa and Makhlouf saw the first lady come on top and isolate him from the regime.

Two weeks ago, Asma had toured coastal towns affected by forest fires in an attempt to gain favor with the people. Bashar was holding a similar tour in nearby regions in what was interpreted as an attempt by the ruling family to come close to the affected families who have criticized the regime’s inability to contain the fires.

Makhlouf had announced a donation to help the affected families to which ngos, overseen by Asma, reacted by carrying out a donation campaign to the victims.

The campaign was met with an “overwhelming” positive response and garnered some 2.5 million dollars in two weeks.