Hammouda Sabbagh has said that relations between Syria and Pakistan are important and must be strengthened to server the interests of the two countries writes SANA. 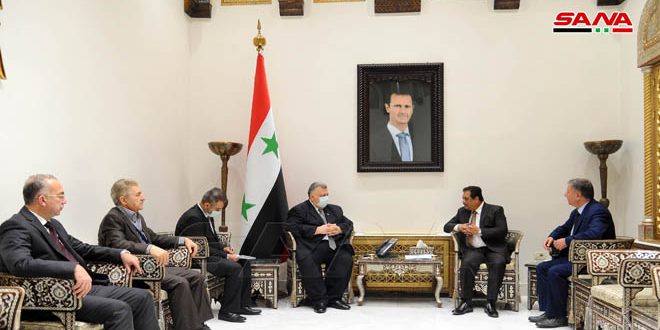 Speaker of People’s Assembly Hammouda Sabbagh stressed the need to strengthen parliamentary relations with Pakistan’s House of Representatives and their Senate, in a way that achieves the common interests of the two countries.

Sabbagh, during his meeting with the Pakistani Ambassador in Damascus, Saed Mohammad Khan, on Monday, talked about the friendly relations binding the two friendly peoples.

He referred to the supportive and positive stances taken by the Pakistani government and its solidarity with Syria during the crisis and the terrorist war that it was exposed to ten years ago until now.

He hailed the distinguished relations between the two friendly countries in international forums.