The head of the Russian Coordination Center in Hemeimeem has said that a false flag chemical attack is being prepared in Idleb, which he claims that Syrian army will be blamed for writes SANA. 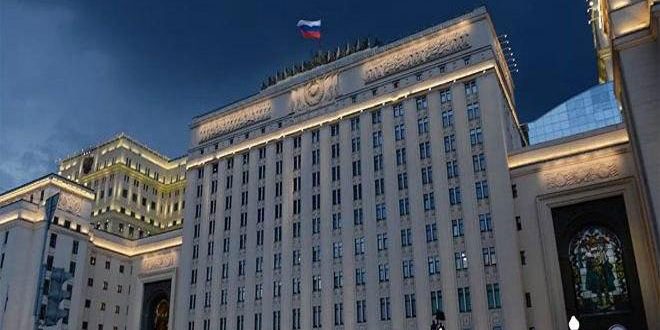 The Russian Defense Ministry has revealed that Jabhat al-Nusra terrorists are preparing to stage a false flag chemical attack against civilians in Idleb southern countryside and point the finger of blame at the Syrian Arab Army.

Russian Interfax News Agency quoted General Alexander Grinkevich, the head of the Russian Coordination Center in Hemeimeem, which is affiliated to the Ministry, as saying that, “there is information that terrorists are preparing to stage a false flag chemical attack in Idleb’s southern countryside and they have transported barrels of chlorine to an area near Sfouhen town in the vicinity of the northwestern outskirts of Khan Sheikhoun.”

Turkish regime-backed terrorist groups are spread in the towns and villages that are adjacent to Khan Sheikhoun’s northwestern countryside and they frequently launch shelling attacks on the areas surrounding Idleb southern countryside.

Grinkevich added that three cars transported terrorists from the White Helmets group to the area where the barrels of toxic chlorine had been transported, to pretend that they are participating in helping the victims and to accuse the Syrian Arab Army of using chemical weapons against the civilians.

The Russian Ministry of Defense has confirmed more than once of the existence of laboratories for the preparation of toxic materials for terrorist organizations in Idleb, run by specialists and experts trained in Europe to be used in carrying out fabricated chemical attacks against civilians to accuse the Syrian state.