Lawsuits have been filed in Germany, using the principal of universal jurisdiction, related to chemical weapon attacks that took place in 2013 and 2017 writes Shaam News. 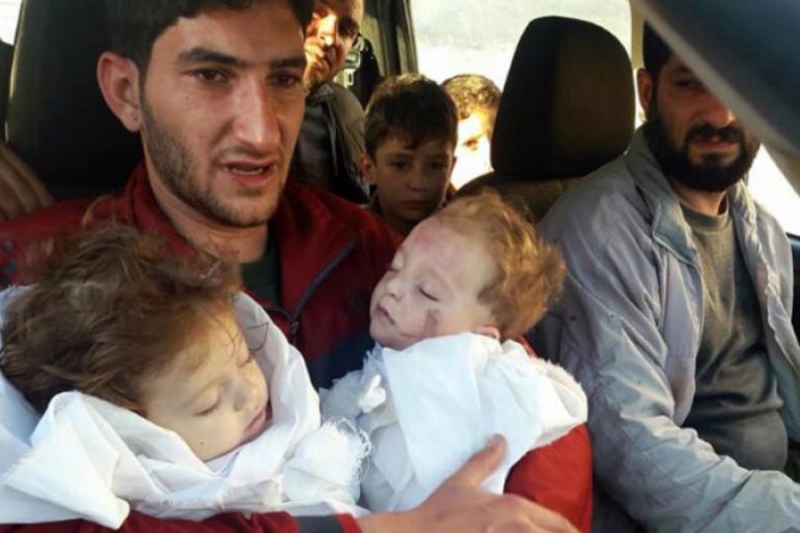 Three non-governmental organizations (NGOs) announced on Tuesday that they had filed their first lawsuit against the Syrian regime over chemical attacks carried out in Syria in 2013 and 2017.

The three organizations, the Justice Initiative, the Syrian Center for Media and Freedom of Expression, and the Syrian Archive, said they had filed a lawsuit with the Federal Prosecutor General’s Office in Karlsruhe on Monday.

The lawsuit is based on the principle of universal jurisdiction, which is applicable in Germany. AFP was unable to contact the Federal Prosecutor to confirm that the case has actually been submitted.

This lawsuit relates to a sarin gas attack in the Damascus suburb of Eastern Ghouta, which took place on Aug. 21, 2013. According to estimates, the attack resulted in 1,200 casualties.

The attack violated the “red line” that former US President Barack Obama, had enunciated back then.

The second chemical attack, in which sarin gas was also used, took place on Apr. 4, 2017, in Khan Sheikhoun, a town between Damascus and Aleppo. According to the plaintiffs, 200 people were killed as a result.

After the first attack, the Syrian regime pledged to destroy its chemical weapons stockpile. The second attack was followed by US raids on the airport that the attacking Syrian planes had used.

In a joint statement, the three NGOs said, “The case file contains new evidence and leads, and reveals that the Syrian government carried out the attacks.”
They said that, “the two attacks coincided with the bombing of nearby medical facilities, which seriously impeded relief operations.”

“The time has come for competent European prosecutors to jointly investigate the Syrian chemical weapons case and issue arrest warrants for Syrian officials,” they added.