Fresh military action could be taken by Turkey if promises to move the SDF from Turkish borders are not kept by Russia and the US reports Baladi News. 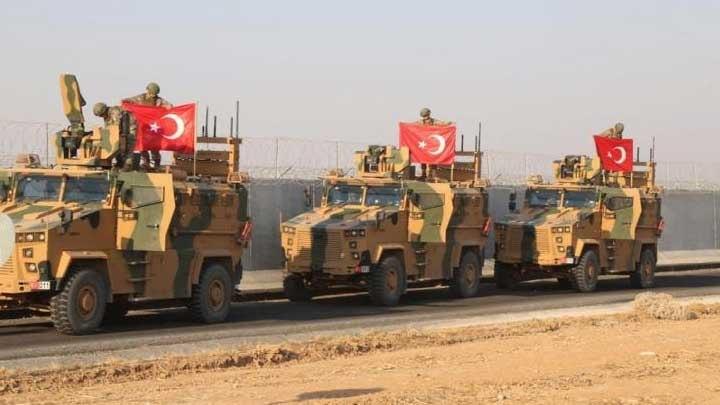 Turkish Presidential Spokesperson Ibrahim Kalin, confirmed that Ankara could expand its military operations against what he described as terrorist organizations in Syria at any moment, if its interests were compromised there.

This came in an interview to local Channel 7, in which Kalin commented on President Recep Tayyip Erdogan’s statement that Turkey will cleanse “terrorist hideouts in Syria on its own if the promises made to it are not fulfilled,” in reference to Ankara’s agreements with Moscow and Washington to slam the brakes on Operation Peace Spring in the eastern Euphrates region. The operation targets the Syrian Democratic Forces (SDF) and aims to remove them from the Turkish borders.

Kalin said that the two agreements concluded by Turkey with Russia and the US include the following clause: “Turkey reserves the right to self-defense and to intervene against any terrorist entity.”

He pointed out that the clause gives Turkey the right to defend itself and intervene in the region if its territory or presence in that country, whether in terms of soldiers, civilian employees, aid workers or others, is attacked by terrorist organizations such as the Islamic State (ISIS) or the SDF.

He stressed that Turkey will intervene when there is an attack or danger that goes against its interests in the region, in order to ensure the security of the Syrian people and the security of its borders, noting that the scope of operations may expand at any moment.

Kalin added, “President Erdogan is not a leader who practices politics through deception, threats and blackmail, and his strategy is currently being implemented,” adding, “Therefore, Turkey has the right to intervene at any moment against the PKK, SDF or any entity affiliated with ISIS in Syria, Iraq or anywhere else. We may interfere at any moment.”

“This is a warning to those organizations and a warning to the countries that support them, too. There are continuous attacks by the SDF in Afrin, Manbij and its environs, Ras al-Ayn, and Tel Abyad, beyond the established borders,” he added.

Kalin stressed that Turkey is regularly notifying Russia, the US, and Iran, warning that these moves and attacks, if they continue, will not remain without a response.

He indicated that, “Turkey has no problem if the terrorists withdraw outside the delineated area and stop carrying out attacks, but if the current situation protracts, Turkey might intervene to cleanse those areas at any moment,” referring to SDF forces.

Kalin touched on the allegations that the US Special Representative for Syria Engagement and Special Envoy to the International Coalition to Defeat the Islamic State, James Jeffrey, gave guarantees to SDF forces that Turkey will not launch operations in the region anymore. He said in this regard, “There is no such guarantee, just propaganda by the SDF. I have heard no such thing from Jeffrey.”

It is noteworthy that the Turkish forces launched three military operations in Syria: Operation Euphrates Shield, Operation Olive Branch in the countryside of Aleppo, and Operation Peace Spring in the east of the Euphrates.

Turkey has concluded agreements with Russia and the US regarding the removal of the SDF from the borders in northern Syria and stopping Operation Peace Spring.