The Assad regime has again, targeted a wealthy loyalist and seized their assets, claiming that he has violated tax rules reports Eldorar Al-Shamiya. 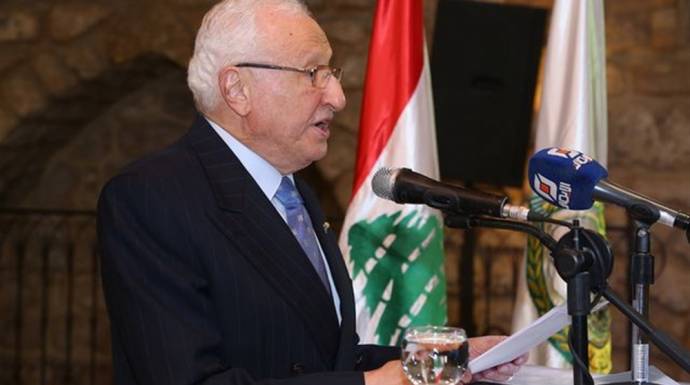 The Assad regime dealt a heavy blow to Syrian businessperson, Saeb Nahas, known for his loyalty and categorical support for the regime in its war against the Syrians.

Pro-government media reported a decision that was signed by the regime’s Ministry of Finance to seize all movable and immovable assets of Nahas and his son, Muhammad.

The ready-made argument, as is the case in similar situations, is the fact that Nahas was evading fines and taxes owed to the public treasury, according to pro-regime pages.

According to the same sources, Nahas, a resident of Damascus and the owner of dozens of large and small companies, has a net worth exceeding 100 million dollars, across a number of European countries and Syria.

The Assad regime accuses Nahas of several charges, the most important of which is the violation of import rules by smuggling goods worth 4 million dollars, and evading 2 million dollars in tax money.

The sources pointed out that the seizing process included the Amrit Resort in Mashta al-Helou, car rental offices, real estate projects, an airline company, an office of his modern car company in al-Kiswah in the Damascus countryside, and various real estate.

This comes days after the regime’s Ministry of Finance seized the movable and immovable assets of businessperson Hani Azzouz, also known for his loyalty to the regime.

The Assad regime is starting a new phase of oppression affecting merchants and businesspeople, in order to deal with its economic crisis, so Azzouz and Nahas were not the first. The regime had previously subjected those closest to it to harsh treatment, namely Rami Makhlouf, who had been a supporter of the regime for the past two decades.