A leader from the al-Ghaith Forces has been arrested for allegedly violating instructions and dealing cars illegally reports Nadaa Syria. 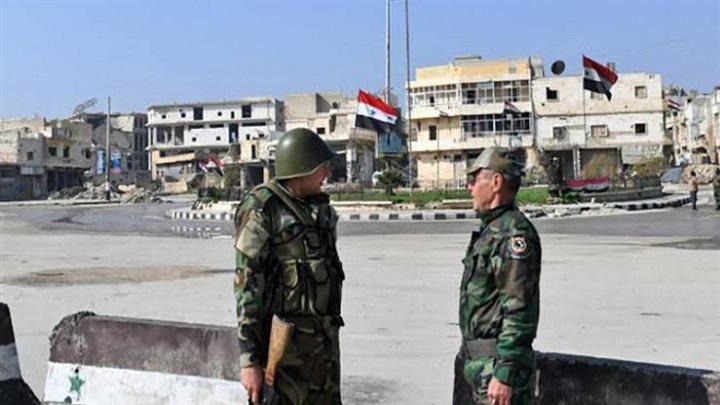 The Fourth Division militia, affiliated with the Syrian regime, arrested a settlement leader in the city of Muadamiyat al-Sham, in the western countryside of Damascus, on charges of “going against the instructions of the military leadership.”

Media sources reported that members of the office of Maher al-Assad arrested the leader of the al-Ghaith Forces militia, Abu Malik, and three militia members, noting that the charges against him are, in addition to violating the instructions of the military leadership, engaging in illegal car dealing operations.

According to Sowt Al-Asima, the so-called Abu Malik is a former dissident from the Assad regime, who ended up reconciling with Assad after the settlement agreement, which stipulated that those who do not support him have to leave to northern Syria. He took command of a group of the al-Ghaith Forces, a part of the Fourth Division.

In September 2016, the Syrian regime spread its control over the cities and towns of Western Ghouta, after besieging and launching a military campaign there, which ended with the signing of the settlement agreement.