A US helicopter has followed a Russian convoy along a road in Hassakeh, following a recent incident that left a number of US soldiers injured reports Al-Masdar. 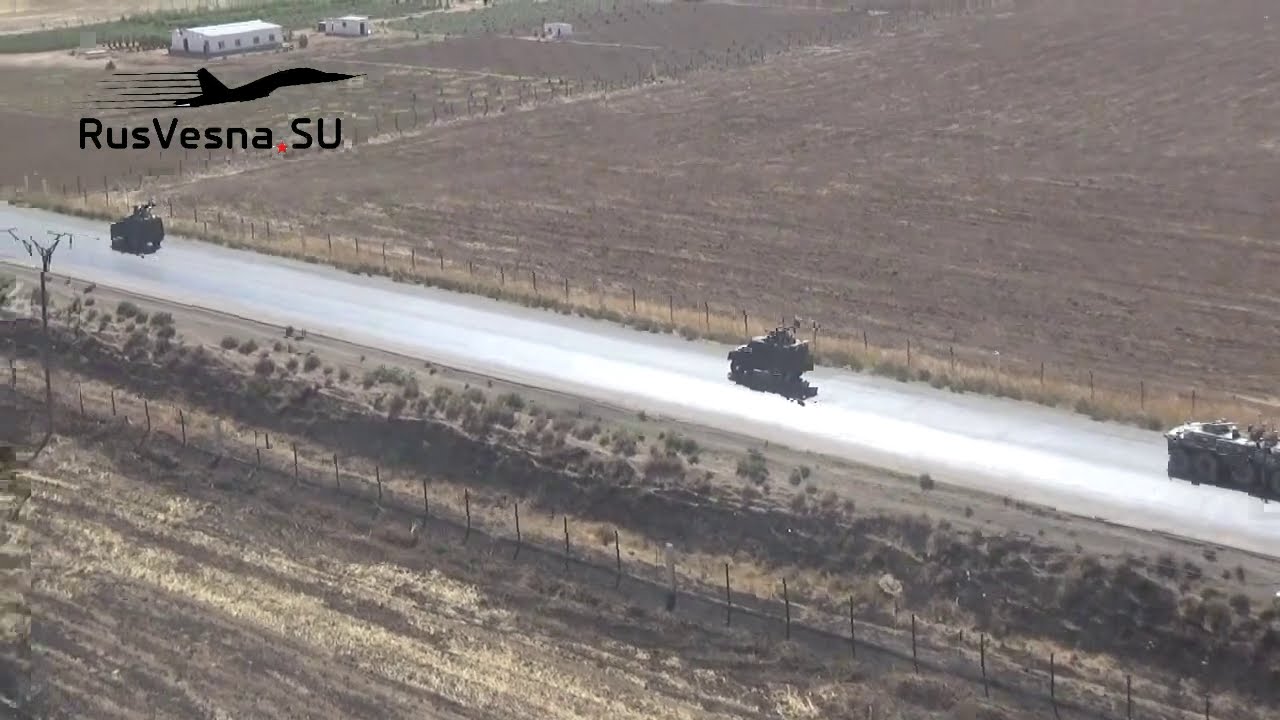 The US-led International Coalition forces are apparently changing their strategy when confronting Russian troops in Syria, following a recent provocation that resulted in American troops suffering injuries in the northeastern part of the country.

In a new incident this week, US military choppers were seen circling a Russian army convoy in Hassakeh Governorate, following an apparent encounter with American ground troops.

The video, which was shared by the RusVesna.SU YouTube channel, showed US choppers quickly approaching the Russian vehicles and circling them on a roadway in Hassakeh.

“Two American AH-64 Apache combat helicopters, violating the agreements on the interaction of the parties, accompanied the convoy of Russian military personnel,” the channel said.

“Apparently, the command of the International Coalition, after serious physical and mental trauma to its servicemen, has not abandoned attempts to control the movement of Russian patrols, only now without creating obstacles on the ground,” they added.