Aleppo has witnessed most suicide cases in Syria so far this year, while the methods are diverse, according to a report in Al-Watan 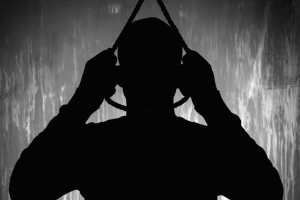 The director of the General Authority of Forensic Medicine (GAFM) in Syria, Dr. Zahir Hajo, revealed that 116 suicides were recorded from the beginning of the year until the time of this writing, and that it is expected that this year’s numbers will be higher than last year, given that 124 cases were recorded by the end of last year, while we are still four months away from the end of 2020, which does not bode well.

In an exclusive statement to Al-Watan, Hajo confirmed that Aleppo had the highest number of suicides — with 23 cases — followed by the governorates of Damascus and Lattakia, each of which recorded 18 cases, then Damascus countryside and Homs at 14, Hama 10, Suweida 9, Tartous 7, two cases in Daraa, and one case in Quneitra.

Regarding the methods used, Hajo said that suicide by hanging made up the highest number of cases (47), followed by suicide by gunfire (27), in addition to 18 cases who threw themselves off from an elevated position. Hajo added that the rest of the cases varied in terms of methods — including poisoning, among others. One slaughter case was recorded, someone who suffered from a mental illness in the Homs governorate.