Mr Qadri, who was in the government until the beginning of this year, is the latest victim of the pandemic, according to a report in Al-Khabar 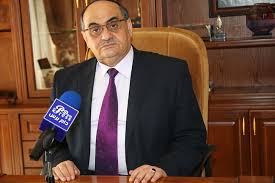 Al-Qadri, who was Minister of Agriculture and Agrarian Reform, died in Al Assad Hospital in Damascus after he faced health complications due to the coronavirus.

The Ministry of Agriculture and Agrarian Reform published a Facebook post mourning the death of al-Qadri, without specifying the cause of death.

Al-Qadiri, who hails from Hassakeh, was born in 1956 and headed the Qamishli Agricultural Research Center between 1986 and 2000 before being appointed director of the Hassakeh Agriculture directorate between 2000 and 2007, and later Director of the Modern Irrigation Project from 2007 to 2011. He was appointed assistant to the Minister of Agriculture, before becoming Minister in 2013, according to his curriculum vitae, published on the Syrian e-government Portal.

Al-Qadri had left his post earlier this year, and was replaced by his former adviser, Mohammad Hassan Qatana.

According to the latest Ministry of Health statistics, published yesterday, the number of people who tested positive for the coronavirus in Syria has risen to 2,868 — including 661 recoveries and 120 deaths.