Ayman Malandi went to a Damascus hospital after suffering from a heart attack, but was told by the doctor present that they would not treat him, due to the nature of his condition writes Al-Watan. 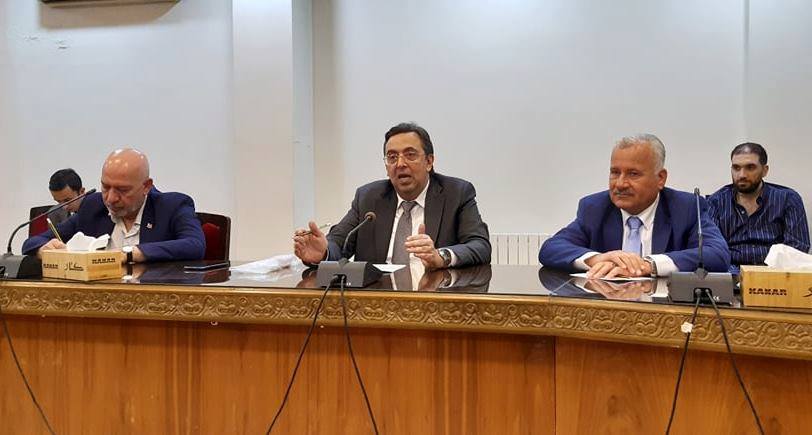 A member of the People’s Assembly and the Syndicate of Engineers and Contractors in Syria, Ayman Malandi, filed a complaint with the Minister of Health at the al-Shami Hospital in Damascus, demanding that the hospital administration be investigated due to indifference, negligence, and lack of concern for the health of individuals.

In his complaint, Malandi sought to expose the practices of the hospital workers, their negligence, and the fact that they prioritize the material aspect over the human cost and the safety of patients.

Malandi stated that he entered the hospital on Aug. 4, 2020, at 4:00 am after a heart attack that required medical treatment.

He revealed that the emergency doctor refused to treat him, saying, “The doctor argued that my health condition was difficult and precarious and she refused to admit me despite my readiness to pay the hospital fees.”

According to Malandi, the work of the emergency doctor was limited to a few routine procedures. She ended up asking for a sum of 1,000,000 Syrian pounds as an insurance deposit and that the case be referred to a specialized doctor.

Malandi said, “I was not able to secure the amount due to network problems. I was not prepared for this sudden matter and was consequently refused admission to the hospital despite my critical health condition.”

He added, “I was shocked by the hospital’s way of dealing with such cases and their indifference vis-a-vis the health and safety of individuals. I ended up going to al-Basel Hospital for Cardiology and Heart Surgery, where my health condition was dealt with professionally, with concern, and respect.

Malandi called for an investigation into the matter, involving the hospital administration and to hold the negligent accountable and put an end to their indifference.

Malandi revealed that the hospital director did not seem concerned when Malandi entered the hospital, explained what had happened to him, and lodged a complaint.