Following deadly attacks by the Islamic State, Russian and Syria have sent reinforcements to tackle the insurgency, while in Hassakeh, the US attempted to block Russian movements writes Al-Masdar. 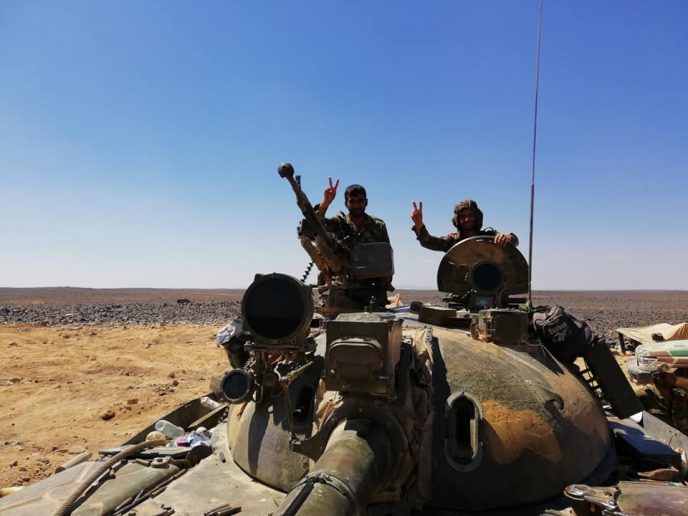 The Russian and Syrian armies sent a convoy of reinforcements to the Raqqa-Hama administrative border this week, following a string of attacks by the Islamic State (ISIS) near the historical al-Rusafa area.

According to a field source with the Syrian army, the reinforcements came shortly after ISIS launched two attacks in the al-Rusafa area and the al-Salamiyah District of Hama.

While the al-Rusafa attack was repelled by the Syrian army, the ISIS ambush near al-Salamiyah resulted in a number of soldiers killed.

Since late July, ISIS has attempted to expand its attack base from the Badiya al-Sham region between Suweida, Homs, and Deir ez-Zor to Raqqa and Hama governorates.

This has prompted both the Syrian Arab Army and National Defense Forces (NDF) to increase their presence in al-Salamiyah and al-Rusafa.

Meanwhile, the US forces have attempted to block a Russian military convoy in northeastern Syria for the first time this month.

According to reports from Hassakeh Governorate, a US contingent attempted to obstruct a Russian convoy’s movements by setting up a roadblock east of Qamishli city.

The incident lasted for a short while and did not result in anyone getting hurt.

In the past, the US and Russian forces have attempted to intercept one another’s patrols in Hassakeh Governorate, often resulting in their vehicles going off road.

However, a recent confrontation between the Syrian Arab Army and US military ended with one Syrian soldier being killed and two others wounded after gunfire was exchanged near the town of Tel al-Dahab.