Israel has launched an attack against a site that was used by both the regime and Hezbollah, in the western countryside of Daraa writes Baladi News. 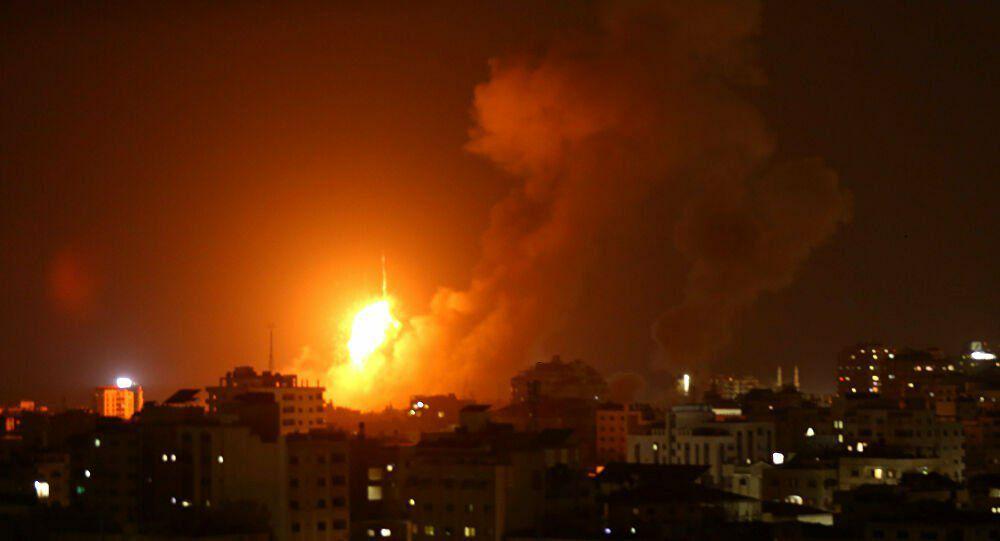 The Israeli army targeted a joint military site of the regime forces and the Lebanese Hezbollah militia today in the western countryside of Daraa.

Local sources said that an Israeli missile targeted the headquarters of the 61st Brigade in Tel al-Jabiya in the western countryside of Daraa.

They explained that the headquarters of the 61st Brigade constitutes a joint location for the regime’s forces, Hezbollah, and the Iranian Revolutionary Guard. The resulting losses are still unknown.

On Aug. 4, 2020, the Israeli army targeted a joint site for regime forces and Iranian militias in Quneitra Governorate in southern Syria, which resulted in casualties.

Tensions have increased in recent weeks along the Israeli-Syrian border, after a member of the Iranian-backed Hezbollah was killed in an Israeli strike on the outskirts of Damascus.

As a result, Israel reinforced its forces along the northern borders between Lebanon and Syria.

Lt. Col. Jonathan Conricus, the Israel Defense Forces’ international spokesperson, said at the time that this confrontation took place in the same place where two years ago Israel was operating a field hospital to treat Syrians wounded in the Syrian civil war.

Conricus added that the army detected unusual activity in that area about a week ago, which led a team of commandos to set up an ambush there.