Damascus has reported a fall in the daily death toll, suggesting a decrease in the number of coronavirus infections writes Al-Watan. 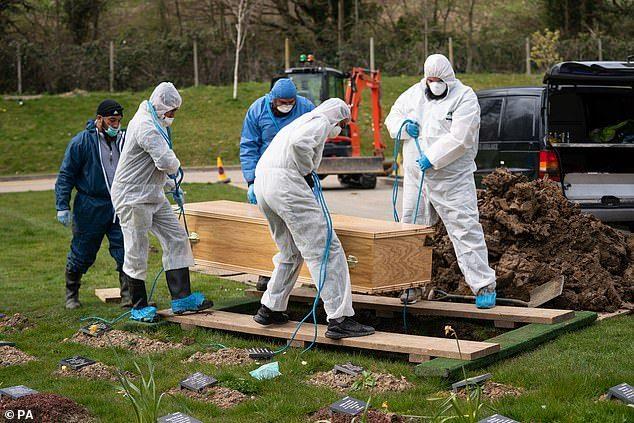 A source in the Damascus burial office confirmed that the death toll recorded in Damascus has decreased to 50 deaths daily, after a peak of nearly 150 deaths per day.

The same source said that the number of daily deaths due to natural causes recorded before the coronavirus pandemic was only 25, with an occasional rise to 45 depending on weather conditions. This comes amid secrecy surrounding the death toll, as the Ministry of Health has not been revealing accurate numbers.

The Director of the Burial Office in Damascus, Firas Ibrahim, said that the number of deaths resulting from the coronavirus has increased significantly since Jul. 10, 2020, revealing that the average death rate in Damascus is 40 deaths daily.

A forensic doctor spoke about the sub-par burial procedures in government-controlled areas.

Today, the Ministry of Health recorded 83 new infections, including 19 in Damascus, and six in its countryside.

The ministry said, in a statement published through its official media partners, that 14 cases have recovered, including one in Damascus and the other in the countryside.

In its statement, the ministry announced five deaths, which were distributed among the cities of Damascus, Hama, Homs, Lattakia, and Aleppo.

According to the official announcement, the number of infections in Syria is now 1,927, including 445 recoveries and 78 deaths.