The Raqqa Political Board has said that no single party can make a decision that affects all of the province and a political solution must involve all parties reports Zaman Al-Wasl. 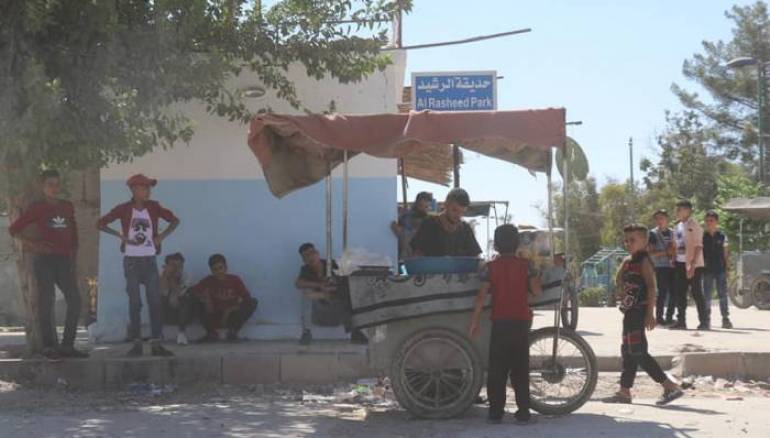 The Raqqa Political Board warned of the expansion of the regime’s control in the eastern province, which is divided between three regional and international parties, saying that it does not recognize any agreements before a political solution is achieved.

Mohamed Sobhi from the political bureau of the Board explained that they will not recognize any agreement signed by a single party to decide on the affairs of the province.

“We do not wish to renew the regime’s control over all of Raqqa. Its presence in a part of the region is because we aspire for Raqqa to be part of the comprehensive Syrian solution.

“Its presence glorifies the Russian role and disrupts the international balance that is based on the clash of international interests in Raqqa.

“Restoring the regime’s control over the province is tantamount to killing, expelling, or removing any opposing opinion.”

International and regional bodies are competing for control over Raqqa and its human and economic resources. This competition has resulted in three current administrations: the regime with Iranian and Russian support in the south, the Syrian Democratic Forces (SDF) with US-French support, and the National Army with support from Turkey as part of Operation Peace Spring and through its control over Tel Abyad, Suluk, and Ayn Issa.

The fact that there are overlaps in the map of military control is not unusual, but it does not necessarily affect the landscape of administrative, political or economic control. Russian and regime forces entered the region with monitoring missions, especially on the lines of contact between these conflicting forces on the M4 highway and attempted to have a foothold in Ayn Issa, after the American army moved towards Hassakeh and Qamishli.

According to the Board, there will be no major changes in the areas of control over the governorate unless there are new negotiated solutions that may result in the implementation of international decisions and the advancement towards political transition. Only then will most of these temporary jurisdictions disappear to be replaced by a clear delineation of interests that maintain the general balance and creates a form of local government in which all parties of the conflict participate.

It is unlikely that the SDF would give up Raqqa as it contains a percentage of Kurds, and it became the only way to access Ayn al-Arab, Kobani and Manbij, as well as the presence of significant and vital economic installations and facilities that feed into Hassakeh and Deir ez-Zor.

On Monday, hundreds of people went out in protest al-Tabqa, after news about meetings between certain clan members with the Qatirji militias and the Russians to restore the regime’s control in the region were leaked.