The formation of the Peace and Freedom Front has been announced, who hope to unify the ranks of the Syrian opposition writes Shaam News. 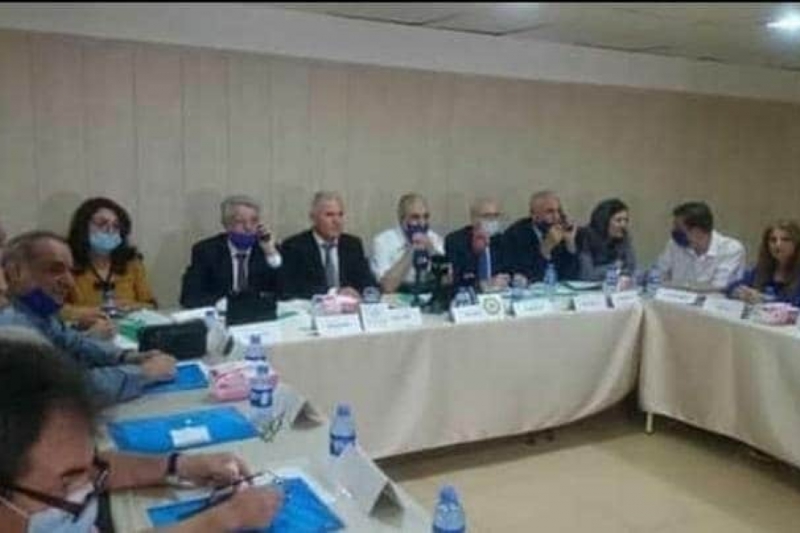 A delegation from the Peace and Freedom Front, newly formed in the areas controlled by the Syrian Democratic Forces (SDF), held a meeting with the US State Department Envoy to the Eastern Euphrates, Zahra Bailey, and her deputy Emily Brandt at the international coalition base in Hassakeh city last Thursday.

Press sources said that the possibility of front representatives participating in the Kurdish talks and their role in unifying the ranks of the Syrian opposition were on the agenda.

Bailey told the participants that Washington is working towards finding a political solution to the Syrian crisis by putting pressure on the regime and imposing economic sanctions in order to activate the Geneva process in accordance with international resolutions and Resolution 2254. She also said that the US was committed to securing stability in northeastern Syria.

Head of the Political Bureau of the Assyrian Democratic Organization (ADO), Gabriel Moushe Gawrieh, who was one of the participants, stated that the foreign ministry coordinator confirmed the American administration’s keenness to unify all opposition groups, and their sponsorship of the Kurdish talks dovetails with these endeavors.

He added, “For our part, we said that the front supports the Kurdish talks and will work towards good relations with all Syrian opposition parties, in addition to contributing to helping them see eye to eye and preserving the unity of the Syrian negotiating body.”

Bailey listened to the vision of the front and their perception of the future of Syria.

According to Moushe, “We [ADO] emphasized that the American role in the region constitutes a balancing factor that is going to help to find a comprehensive political settlement. Moreover, we agreed to continue relations and work together to support a political solution in accordance with international decisions.”

On Jul. 29, 2020, four Kurdish and Assyrian-Arab political blocs from the city of Qamishli in the countryside of Hassakeh announced the establishment of a new political alliance called the Front for Peace and Freedom, including the Kurdish National Council, the Syria’s Tomorrow Movement, ADO, and the Arab Council in the Island and the Euphrates.

The Peace and Freedom Front defined itself as a political alliance that includes parties whose political vision and objectives intersect as a result of in-depth intra-dialogue, in addition to the mutual trust relations that have deepened through a long history of cooperation and converging interests. They also affirmed that their work and the work of the parties under its purview do not conflict with the membership of said parties in the opposition bodies that operate within the framework of the Syrian High Negotiations Committee and other similar frameworks.

The Syrian Legalists Committee commented on the political vision and the basic tasks of the Peace and Freedom Front in a statement which it released in the areas controlled by the Syrian Democratic Forces (SDF) in the northeast of the country.

According to the statement, “the front’s vision has sectarian goals and objectives that aim to divide Syria into separate peoples and regions in order to implement their desired separatist project.

“As per the committee, the international community must not support separatist bodies nor support foreign entities that do not represent the aspirations of the Syrian people, for the sake of peace and stability in Syria. Resistance shall continue in the face of the tyrant and the executioner,” according to the text of the statement.