Mayor in Damascus Countryside have been stripped of privileges granted to them, which could help them tackle the spread of coronavirus report Sowt Al-Asima. 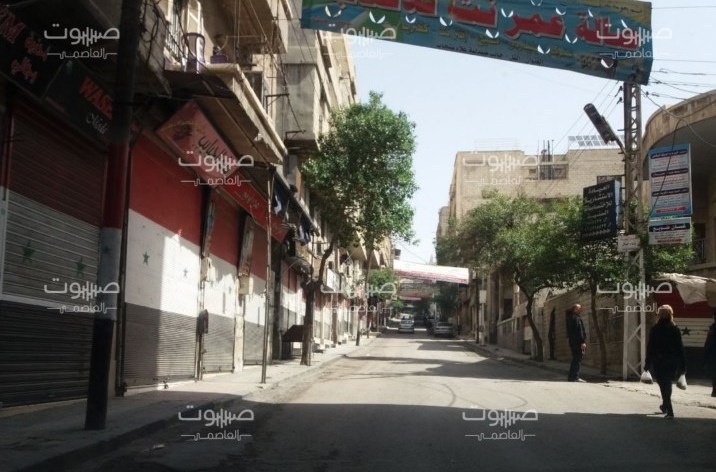 The Damascus Countryside Governorate reneged on its decision to grant mayors a number of privileges that allow them to implement the decisions of the governmental team tasked with containing the coronavirus pandemic, only one day after its decision to give those privileges.

The Governor of Damascus Countryside, Alaa Ibrahim, went back on his decision and asked the municipalities to take down any data they may have published — which included many items related to closing restaurants and canceling gatherings, imposing face masks, and others measures. Ibrahim stressed, “adherence to the decisions and recommendations of the team tasked with containing the pandemic.”

He justified his decision by saying that withdrawing the privileges does not mean canceling them, but rather because the people thought that the decisions issued by the administrative units mean quarantining these areas, and this is erroneous information. It is the Ministry of Health alone that decides on such an issue.

Ibrahim pointed out that the province, “won’t close down a restaurant unless it does not adhere to the standards set by the government, such as the 50 percent capacity rule,” noting that subsequent decisions will be issued in this regard.

He asked the administrative units to not take any action or post any information via social media and to take down all the posts made by some units, under penalty of liability.

The municipalities of Jaramana, al-Kiswah, al-Tal, Qudssaya, Muadamiyat al–Sham, and Jdaydet Artooz in the Damascus countryside implemented a number of strict measures, in harmony with the privileges they had been granted. They also published data through social media.

Among the decisions were the closure of al-Tal municipality’s gathering places, restaurants and shops that do not adhere by the health standards set by the Ministry of Health.

The Municipality of Jaramana and Qudssaya issued decisions to stop using wedding venues, parks, swimming pools, and sports fields, in addition to restaurants and cafeterias, subject to liability.

For its part, the municipality of Muadamiyat al–Sham instructed the al-Redha Hospital to start equipping and turn it into a quarantine center, all the while placing it at the disposal of charitable organizations, in addition to imposing a curfew, starting from 11 pm until 6 am, for a period of 14 days. The decision excludes pharmacies.