With a regime attack anticipated in Idleb, residents are having to choose between bombardment and risking coronavirus in the camps reports Enab Baladi. 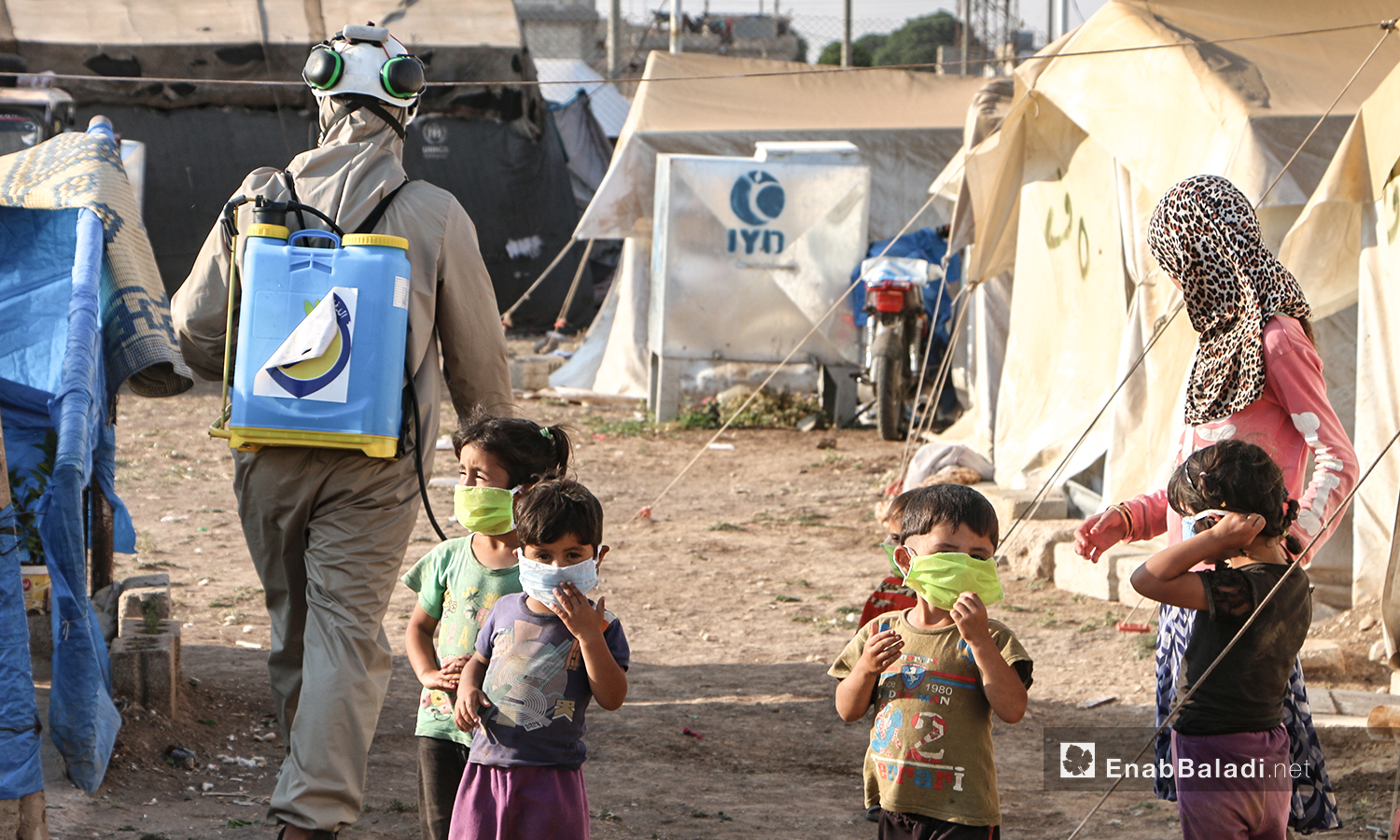 In the past few days, there have been a series of indications of a looming military escalation, including the utmost military preparedness of both parties. The Syrian regime has mobilized more of its forces on the outskirts of Idleb, while the Syrian opposition factions announced extensive military preparations, training, and graduation of military courses for the opposition fighters on a daily basis.

One of these indications is that the Syrian regime forces resumed the bombing of Syrian opposition-held areas, including the towns and cities of Jabal al-Zawiya and the southern countryside of Idleb, especially the towns of Sufuhon, Kafr Oweid, al-Maouzrah, Kansafra, and Ayn La Rose in Jabal al-Zawiya, south of Idleb.

Explosive missiles also targeted the Watad Petroleum Company in the city of Sarmada, Idleb, for the second time in two weeks, which led to the outbreak of fires, the Director of the Media Office in Watad, Safwan al-Ahmad told Enab Baladi.

He confirmed that the Grad missiles, believed to be three, bombed the market consecutively.

In retaliation, the al-Fateh al-Mubeen operations room, which includes Hay’at Tahrir al-Sham, the National Front for Liberation (NFL), and the Army of Victory, bombed the locations of the Syrian regime forces in rural Idleb.

Local media outlets circulated news that the Turkish forces in Idleb are increasing their combat readiness. However, a military source in the NFL, who spoke on condition of anonymity, affirmed that the Turkish troops asked the region’s factions to prepare for any military action by the Syrian regime forces soon.

The source pointed out that the Turkish government did not raise its army readiness, but warned of the regime’s military build-up on the outskirts of Idleb and its countryside, noting that the Turkish forces were not on a tactical alert in the region.

Violations by the Syrian regime forces in Jabal al-Zawiya, which amounted to 1,600 since the announcement of the ceasefire, according to the Syrian Response Coordination Group (SRCG), gave rise to internal displacement in the past few days.

Muhammad Hallaj, the Director of the SRCG, warned of a new wave of displacement in the event of a military operation being launched in the region.

Hallaj told Enab Baladi that the start of any military operation will lead to a massive wave of displacement, and the residents resorting to the camps, amid fears of the spread of the coronavirus in the region. People cannot follow prevention guidelines and rules on social distancing, in addition to that, the region suffers from poor health services inside the camps.

Firas Khalifa, a member of the media office in the Directorate of Civil Defense in Idleb, explained to Enab Baladi that there are currently only a few displaced people, despite the bombing, due to the congestion in the camps, the high prices, and the weak material ability of civilians to rent homes, along with the spread of COVID-19. In northern Syria, civilians are forced to prefer living under bombardment to displacement.