Coronavirus is spreading in Syria, with the editor-in-chief of Alikhbaria be one of the latest people who has succumb to the virus reports Sowt Al-Asima. 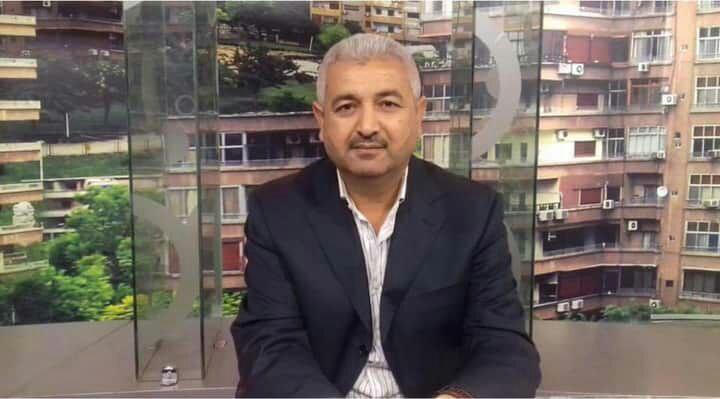 The Ministry of Information in the Syrian regime and Alikhbaria (Syrian News Channel) announced the death of the outlet’s editor-in-chief, Khalil Mahmoud, who died of the novel coronavirus.

This comes in light of a significant increase in the number of daily infections and deaths, and the spread of the virus among media and medical cadres, in the areas under the control of the Syrian regime.

Eight employees of the regime’s media establishments in Damascus were infected over the past few days, including Samer al-Shughri and Kawthar Dahdal, who work for the official SANA agency, along with another person, whose name has not been confirmed.

Five employees of Al-Thawra Newspaper were infected, including an engineer and his wife as well as a mother and daughter working in the newspaper’s financial department, in addition to one of the drivers.

Sowt Al-Asima has documented the death of four doctors, since Jul. 18, 2020, the last of whom was Dr. Azmi Farid, who died on Saturday in Damascus. Dr. Faris was a member of the Society for Supporting Sclerosis in Syria and a consultant in diabetes and therapeutic nutrition.

The virus has been spreading rapidly since the beginning of last month, as infections were recorded among members of the medical staff at the Mouwasat Hospital and al-Assad University Hospital in Damascus, in addition to the infection of a nurse in Jdeidet Artouz and another in the al-Waroud neighborhood near Damascus. A member of the leadership of the Damascus countryside branch of the Baath Party and a number of students in the faculties of medicine, dentistry, and economics at the University of Damascus, as well as dozens of civilians in the city of Tel, Qalamoun, Eastern Ghouta, and Jaramana tested positive for the virus.

The number of infections officially announced in Syria has risen to 650, including 200 recovering cases and 38 deaths, while information indicates that the infections declared by the Ministry of Health constitute only the smallest of portions of the total injuries in the Syrian governorates.