Turkey has been accused of operating the Alouk water station at just half capacity, depriving the residents of Hassakeh and its countryside writes SANA. 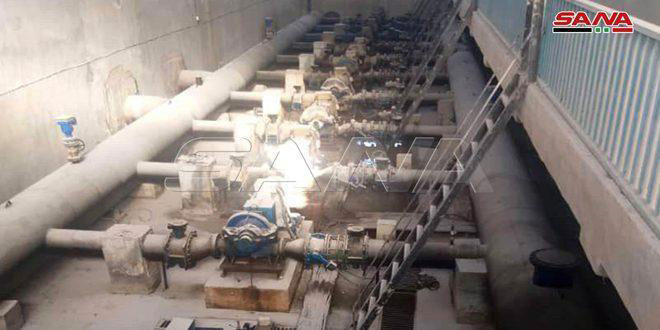 The General Establishment for Drinking Water in Hassakeh province pointed out that the amount of water coming from Alouk project has halved, due to the control of the Turkish occupation forces and their terrorist mercenaries.

Director General of the Water Establishment in Hassakeh Mahmoud al-Okla said in a statement to SANA, that the amounts of water pumped from the Alouk project in the Ras al-Ayn countryside towards the reservoirs of al-Hemmeh area reached approximately 40,000 cubic meters per day, which represents half of the amount previously pumped by the project.

The Turkish occupation forces and their mercenaries positioned in Ras al-Ayn city and its countryside completely have complete control of the Alouk water project, which supplies water to Hassakeh city and its western countryside. From time to time, they intended to stop the work of the project or reduce the amount of water pumped.

Turkish occupation forces and their terrorist mercenaries positioned around Ras al-Ayn and its surroundings targeted with rockets the safe towns and villages, killing and injuring a number of civilians and causing material damage to the public and private properties.