Asma al-Assad has met with the family of a murdered child and blamed the current conditions on poor security and socials problems reports Shaam Network. 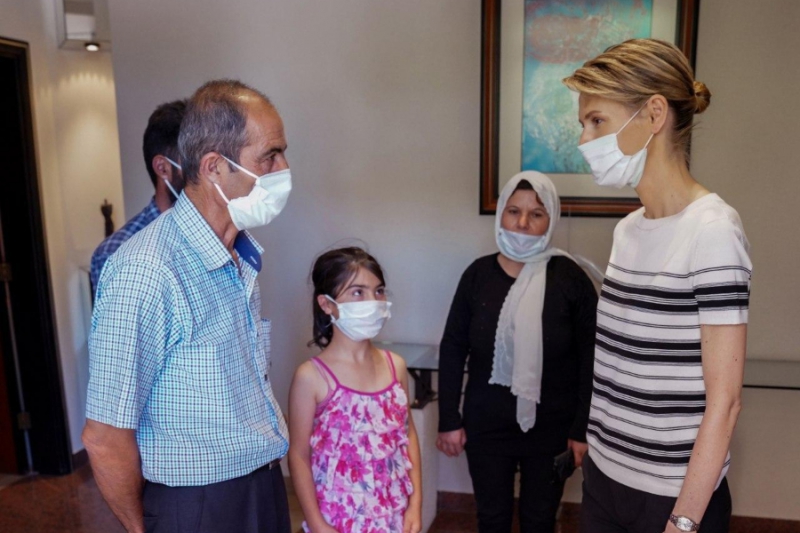 Wife of Bashar al-Assad, Asma al-Assad, who is known as the “Lady of Hell,” met with the family of the late child Sidra Zaidan, whose body was recently discovered in Tartous. She expressed her shock, while also seeming to forget the millions of crimes and hideous massacres carried out by her husband’s army against the Syrian people.

Asma expressed her shock by saying that an unimaginable event had happened, noting that she did not expect the emergence of issues and problems during the ten years of war, which was followed by what she described as an “economic war”. She also blamed the poor security conditions in the regime-controlled areas for what she described as “social problems.”

She also said that at the end of the day, Syria is a state of law and that the law will reign supreme. Asma’s latest controversial statements were to promote herself and her criminal husband, who is known as “Chemical Bashar” (for using chemical weapons) and “the killer of children.”

The Ministry of Interior, affiliated with the regime, had previously announced the body of 13-year-old Zaidan was found in Tartous. The ministry revealed that the child was raped before being strangled with an electrical cord and dumped in a nearby agricultural land.

Statistics by the Syrian Network for Human Rights revealed the killing of 22,852 children by the regime’s militia since the beginning of the Syrian revolution in March 2011.