A group of workers in Tartous have been punished by their employer for not taking part in the recent elections for the People’s Assembly writes Shaam Network. 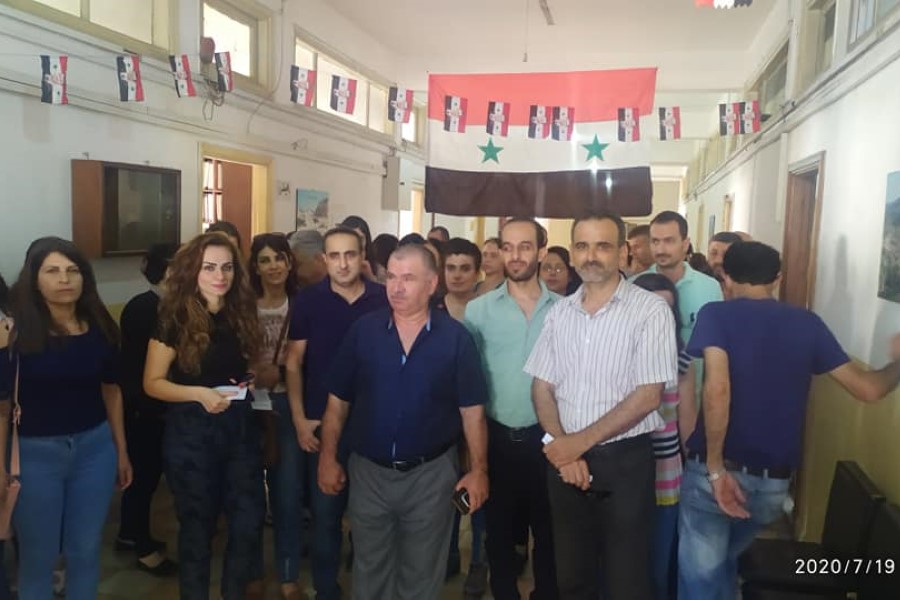 The General Establishment For Water Supply And Sanitation in Tartous, affiliated with the regime, imposed an administrative penalty on 36 employees of the company, because they did not turn up to the electoral center, according to a decision posted on pro-regime pages.

The company acknowledged having penalized its employees on the pretext that the punishment is an “administrative warning” for those who violate the instructions issued by the branch of the Baath Party in the city. The company pointed out that the employees were late to leave for the electoral center in the Technical Services Directorate in Tartous. The nature and substantiveness of the punishment was not revealed.

The regime’s media outlets quoted an administrator in al-Sharh as saying that the employees did not respect their managers nor colleagues who were waiting on the street and were more than half an hour late to join them.

Pro-regime pages wrote that actual participation rates did not exceed 10 percent, indicating that this percentage is a result of the compulsory voting imposed on employees, university students, and even members of the military, as the latter were asked to vote in order to greatly inflate the percentage.

The usual fraud mechanism, which has become typical, was implemented by the regime’s People’s Assembly, whose elections were run in a similar fashion in most areas controlled by the regime. They were voting in absentia using the national numbers in the administrative units and made the process easier. They were also using the same ID card to vote multiple times in several centers, according to pro-regime pages.