Around 460 displaced people have left the al-Hol camp in Deir ez-Zor to return to their homes reports Deir Ezzor 24. 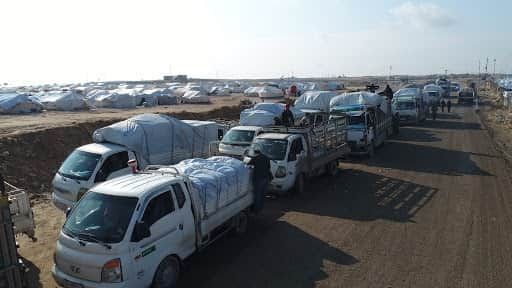 On Sunday, the administration of the al-Hol camp released 117 families, about 460 people, most of them are from Deir ez-Zor province, Deir Ezzor 24’s correspondent said.

The majority of the detainees who left al-Hol camp yesterday are from the towns of al-Sussah and al-Baghouz, Hajin city and the areas around it.

The administration of al-Hol has released several groups of residents from Deir ez-Zor from the camp this year.

Al-Hol camp contains thousands of displaced people from several provinces of Syria, but the majority of them are from Deir ez-Zor.