A drone strike has struck a vehicle carrying three people in Aleppo, while a financier for the Islamic State was arrested in Deir ez-Zor writes Al-Masdar. 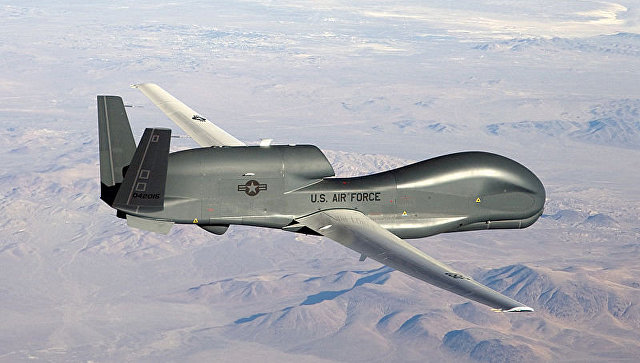 A drone strike was reported in the northern countryside of Aleppo Governorate on Monday, as an Islamic State (ISIS) finance chief was captured in eastern Syria.

According to opposition reports, the drone strike, which was suspected to have been carried out by the US International Coalition, hit a vehicle carrying three people near the Turkish border.

Opposition activists shared photos of the aftermath of the strike, which showed the complete destruction of a van near the city of Azaz.

No military or group has claimed responsibility for the drone strike.

On Sunday, the Syrian Democratic Forces (SDF) said that they arrested the ISIS emir who is responsible for distributing financial salaries to members of the terrorist cells and their collaborators in the eastern countryside of Deir ez-Zor Governorate.

The SDF said that it arrested a number of members of an ISIS cell on the third day of the second phase of their military campaign to deter terrorism.

They stressed that their forces will continue to work in coordination with the Deir ez-Zor Military Council and the Women’s Protection Forces (YPJ) and with the participation of the Internal Security Forces in its military campaign to pursue the remnants of ISIS and eliminate its sleeper cells.