The Autonomous Administration has accused Turkey of smuggling members of the Islamic State out of Syria and revitalise ISIS in the region writes Asharq Al-Awsat. 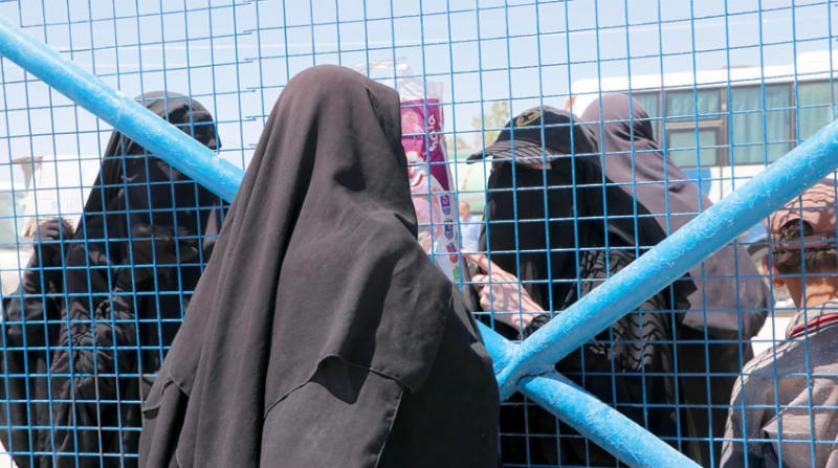 The Autonomous Administration of North and East Syria, also known as Rojava, accused Turkey of smuggling and receiving ISIS members and their families and supporting the terror group’s cells while crippling the counter-ISIS efforts of the international coalition and the Syrian Democratic Forces (SDF).

Abdulkarim Omar, co-chair of the Foreign Relations Commission of the Rojava, stressed that Turkey’s admission to smuggling a Moldavian ISIS wife and her four children represents hard evidence that the country is involved with extremist cells.

The SDF had captured 24 individuals suspected of being ISIS recruits as part of its second phase of countering terror.

The Rojava, in a statement, pointed out to documented evidence that confirms Turkey’s involvement with ISIS.

In its statement, the Rojava said that Ankara helping save a Moldavian woman and her children from al-Hol camp is dangerous evidence that Turkey continues to seek revitalizing ISIS in the region.

The Turkish intelligence had “freed” the woman and her four children from the camp, where ISIS wives and family members are held in northeastern Syria, Anadolu reported on July 17.

The Turkish state-run agency claimed that the woman, “Natalia Barkal,” had traveled to Syria with her husband and children in 2013 to “do business.”

Anadolu didn’t clarify what type of business would take an entire family to a war-torn country. The identity of her husband or his whereabouts also were not disclosed.

According to Turkey’s claims, Barkal and her four children were illegally held in al-Hol by Kurdish forces. The Turkish intelligence “freed” them upon an official request from Moldavian authorities.

Al-Hol, which is located in eastern al-Hasakah, is hosting 67,000 people, including 40,000 family members of ISIS fighters. An entire section of the camp is dedicated for foreign wives of ISIS terrorists.

The camp is run by the US-backed SDF.

Omar, for his part, said that all women who escaped the camp had headed towards Turkey. According to investigations into women who attempted escaping, they were planning to head to Turkey.

SDF authorities at the camp thwarted the attempt of four women to escape with their children two days ago.