India’s Ambassador in Damascus has affirmed the strong tie that bond the two countries and the continued support of the Syrian government by India reports Al-Watan. 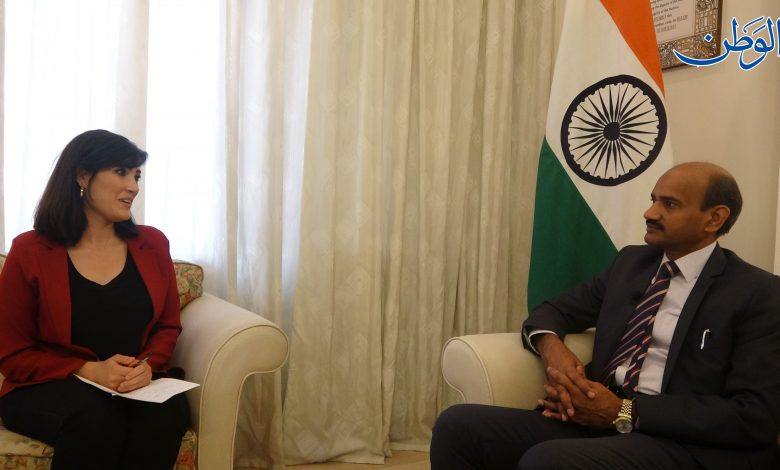 India’s Ambassador to Syria, Dr. Hifzur Rahman, said that the relationship between the Republic of India and the Syrian Arab Republic was and still is a friendly, solid and deeply rooted relationship, as the two republics represent two ancient civilizations, and their bilateral relations have managed to withstand the test of time during nine years of war in Syria.

The Indian ambassador, in an interview with Al-Watan, indicated that the Indian government continues to support the Syrian government and the people of Syria in their war against terrorism in all of its forms, stressing India’s respect for the sovereignty and territorial integrity of Syria. Rahman expressed his country’s appreciation for the position of the Syrian leadership that, in turn, supports the position of the Indian government in its war against external terrorism, which that both countries are victims of.

Rahman referred to the medical donation that his country presented to Syria a few days ago, which is about 10 tons of vaccines and medicine to help the Syrian government in alleviating the coronavirus crisis, stressing that this influx of aid will continue and is part of the cooperation between the two countries and in honor of their friendship.

Rahman expressed optimism about the future of Syrian-Indian relations, saying, “Our wonderful past and present leave no room for doubt regarding future relations, which look undoubtedly promising and prosperous, for the relationship is not only between the people of two countries and between two civilizations; it is also between two governments.”

Rahman said, “The bilateral relations have withstood the test of time during the nine years of the Syrian war, where India has consistently taken a principled position on resolving the conflict in a non-military manner, through a comprehensive political process led by Syria. Moreover, India affirms its respect for the sovereignty and territorial integrity of the Syrian Arab Republic.”

Rahman added that India kept its embassy in Damascus open, and it did not cease operations for a single day, even at the height of the crisis. India also maintained diplomatic representation at the level of the ambassadorship, which is a good indication of the strength of the relationship and friendly relations between the two countries. India also expressed deep concern about the military attack launched by Turkey in northeastern Syria in October of last year, and the Indian government called on Turkey to respect the sovereignty, independence, and territorial integrity of Syria.