The Syrian Democratic Forces’ Commander-in-Chief is not optimistic about the prospects of a political solution, highlighting the infractions by the Turkish military writes Etihad Press. 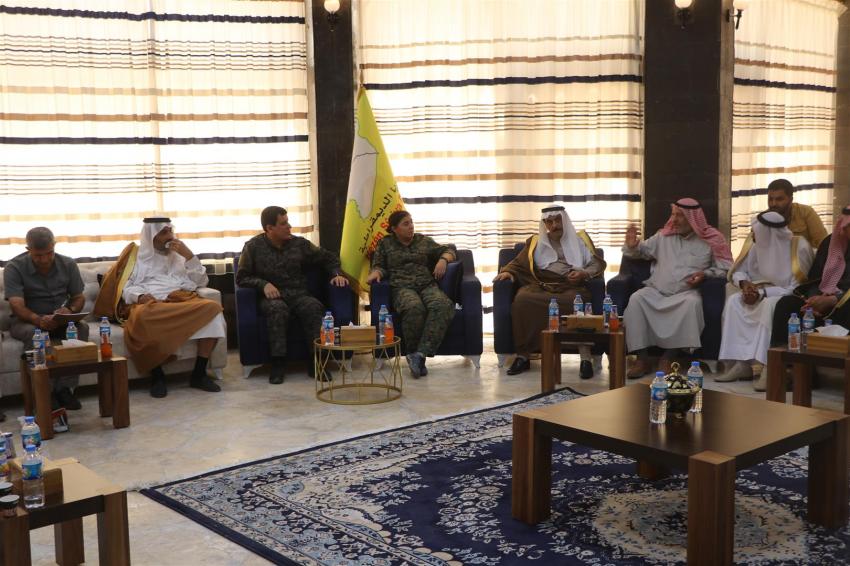 Syrian Democratic Forces (SDF) Commander-in-Chief, Mazloum Abdi, said there is no political solution to the Syrian crisis looming on the horizon at the moment, and that Turkey is violating international agreements.

Abdi’s comments were made on Saturday while hosting a delegation of important tribal figures from Raqqa, in the city of Hassakeh, to discuss the general situation in the region.

Abdi stated that, “the repeated shelling of populated villages by the Turkish army and the opposition factions loyal to it, violates ceasefire agreements.”

He added that, “two ceasefire agreements were concluded: the first was facilitated by US Vice President Mike Pence on Oct. 17, 2019, the second took place between the Turkish and Russian presidents in Sochi on Oct. 22, 2019.” The latter was not abided by, however, according to Abdi.

Regarding the dialogue with the Syrian government, Abdi explained that, “the regime requires the SDF to withdraw from Raqqa and Deir ez-Zor, which we will not accept as the local administration is already in place, by the people of the city, who were the ones who helped liberate it.”

Abdi added, “There are no potential solutions to the Syrian crisis for now, despite the fact that many meetings were held in Geneva, Astana and Sochi, but nothing came to fruition.”

Abdi indicated that SDF continues to work on two important activities. The first is getting the Kurdish house in order, which will have a positive impact on self-management and on the region. The second is holding meetings and starting a dialogue among all of the regional components, as well as working to develop democratic self-management institutions.

Abdi emphasized that the diplomatic and political situation of the self-management agenda and the SDF is good at the present time, given that they have been able to conclude international agreements.

Recent reports have indicated that the SDF has begun limiting the influence of the Kurdistan Workers’ Party (PKK) in northeastern Syria.

According to Kurdish sources close to the SDF, Abdi, with American support, expelled a senior PKK official from Syria.

According to Hoshink Osei, author and expert on Kurdish groups, Abdi expelled the intelligence and security official, Sabri Ok, from Syria to the Qandil Mountains in eastern Iraq.

The reports have not been confirmed by a neutral side.