Fighting has broken out in Idleb between Hay’at Tahrir al-Sham and Hurras al-Deen, with the latter advancing to the outskirts of the city reports Al-Masdar. 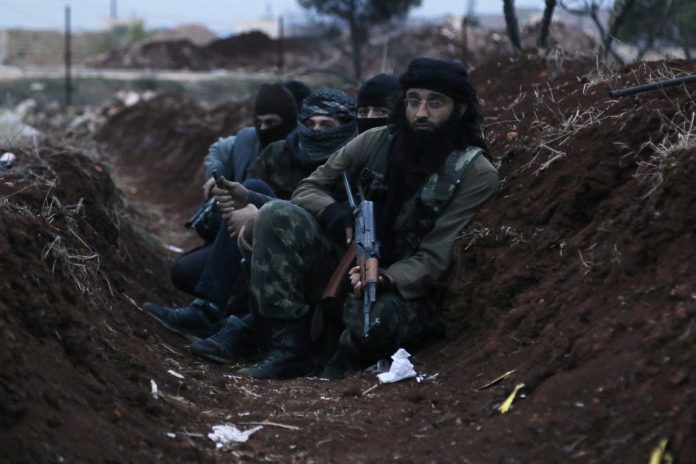 The situation around Idleb city has deteriorated over the last few hours, with the al-Qaeda-linked Hurras al-Deen group reaching the outskirts of the administrative capital.

According to the latest reports, Hurras al-Deen managed to seize more ground from Hay’at Tahrir al-Sham (formerly Jabhat al-Nusra) after a day of intense clashes at the western axis of Idleb city.

Hurras al-Deen is now attempting to capture the last checkpoints on the western outskirts of Idleb city, as they inch closer to the entrance of the administrative capital.

Recently, tensions have been running high between the two jihadist groups, culminating in a fierce battle for control of several areas west of Idleb city.

Both jihadist groups, which have a large number of foreign combatants, are considered two of the strongest hardline forces in Syria, and they have been at the forefront of several important battles against the Syrian Arab Army.