The Deputy Foreign Minister has condemned the work of the Investigation and Identification Team, claiming their work is untrue and politicized writes Al-Watan. 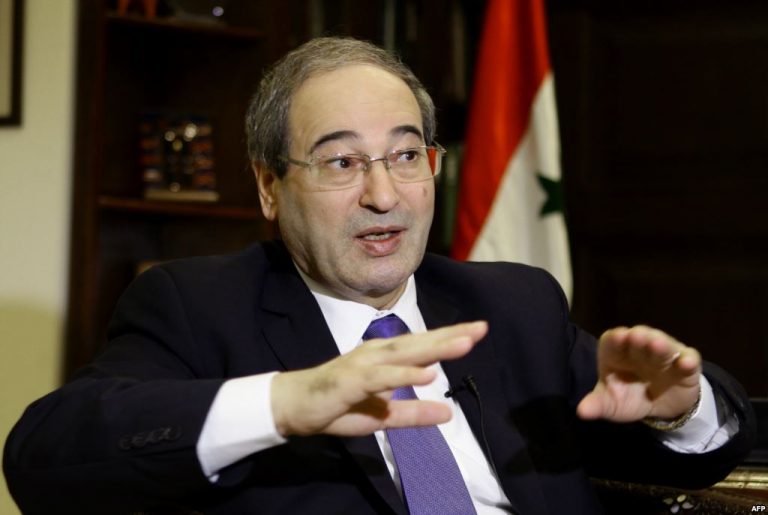 On Wednesday, Deputy Foreign Minister Faisal Mikdad confirmed that what Syria did after joining the Chemical Weapons Convention in September 2013 is proof of its credibility and desire to fulfil all the requirements of the accession process. He stressed that the report by the so-called Investigation and Identification Team is false, politicized and unrealistic.

According to the Foreign Ministry’s official Facebook page, Mikdad said during a meeting called with ambassadors and heads of missions in Damascus that Syria has, and still does, cooperate completely with the technical secretariat of the organization to carry out all obligations, because Syria and its leadership are known for heeding obligations, promises and contracts.

Mikdad explained that Syria has realized since the beginning of the war that American policy is built on lies and attempts to demonize Syria and its army. Accusations were therefore leveled at the Syrian government, and evidence was fabricated.

He added, “Everyone knows that the timing of the announcement is theatrical. The timing always comes against the backdrop of the army’s advances against terrorists.” He pointed out that the US and its allies were in a state of panic, fearing the exposure of the terrorists who use these weapons. He explained that the US was waging aggression against Syria and the Syrian army under the pretext of fighting chemical weapons usage.

He asked, “If the Syrian army is advancing well against terrorists, then why would we need chemical weapons?” He stressed that Syria does not possess any chemical weapons and that it never used them because it no longer has them.

“The US and its allies has worked to form the so-called Investigation and Identification Team, which is unlawful and violates the provisions of the Chemical Weapons Convention,” he said.

He added, “This illegal team has played the role given to it.” He pointed out the facts and evidence, and the size of the lies and misconceptions included in the team’s report, and how the US and a number of other Western countries are promoting this team and the report it issued.