Following the arrest of Abu Malek al-Talli and Abu Hussam al-Britani, Hay'at Tahrir al-Sham have come under attack by other jihadi groups in the area reports Etihad Press. 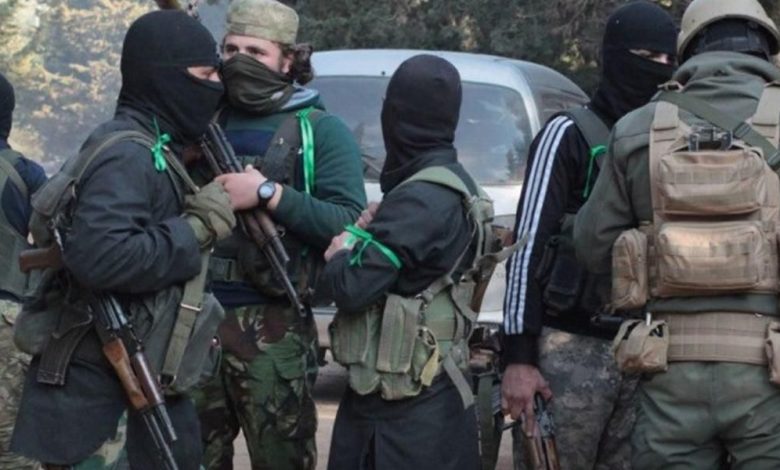 According to the Syrian Observatory for Human Rights (SOHR), the arrests indicate that Turkish intelligence instructed Tahrir al-Sham to get rid of all those who refuse the Turkish-Russian agreement that was signed in early March.

Both light and heavy gunfire broke out in Idleb, the result of an attack by fighters from Hurras al-Deen, a member of the Fathbutou Operations Room, on Tahrir al-Sham checkpoints, west of the provincial capital. Fathbutou was able to seize the al-Kounserwa checkpoint on the western outskirts of Idleb city.

Ambulances were heard near the location of the clashes, amid confirmed reports that there were casualties on both sides, according to SOHR. A woman was also lightly wounded as a result of the fighting.

Hurras al-Deen, Ansar al-Deen and other jihadi groups have mobilized their forces and setup a number of checkpoints in the areas of Armanaz, Malas and Arab al-Saeed and rural western Idleb. Meanwhile, Tahrir al-Sham has been on alert within its headquarters across Idleb governorate following its arrest of Abu Maled al-Talli (the kidnapper of the Maaloula nuns) and Abu Hussam al-Britani.

SOHR’s director said that Talli’s arrest came within the context of large sums of money he possess, which he used to fund the Fathbutou Operations Room and Hurras al-Deen. The conflict between these two sides is more financial than ideological, and the matter was passed from Turkish intelligence to Abu Muhammad al-Jolani, Idleb’s de facto ruler.

The process of the arrest indicates, according to SOHR, that there are arrangements between Tahrir al-Sham and Turkish intelligence, in order to get rid of all those refusing the Turkish-Russian agreement.

Talli was close to the Islamic State, and helped kidnap the Maaloula nuns in order to free the former wife of Baghdadi, who had been detained by Syrian authorities.

SOHR reported that Tahrir al-Sham arrested Britani in the Atma area of northern Idleb because of his support for Abu al-Eid Ashdaa, who had also been detained by the hardline group, and for his membership in the Fathbutou Operations Room.

Britani is one of the most prominent figures working in the humanitarian aid sector in northern Syria, where he runs an organization and is the founder of schools and charities in displacement camps.