After missile were fired at the Hemeimeem Airbase, the attacked rebel defences at a number of points in Idleb reports Al-Masdar. 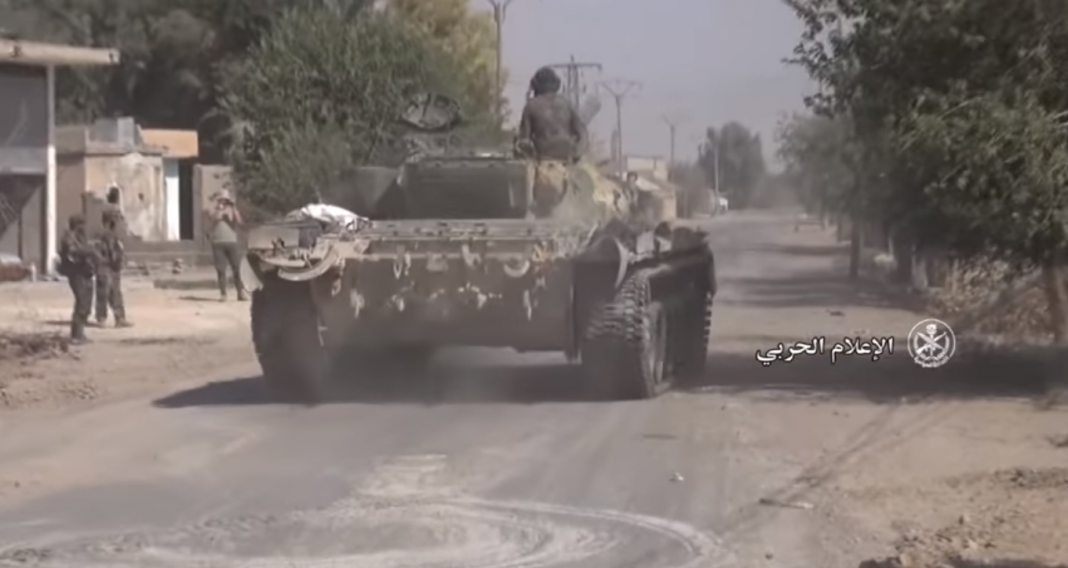 The Syrian army struck the rebel defenses in southern Idleb on Tuesday, following an attack on the Hemeimeem Airbase and coastal city of Jableh by these militant groups.

According to reports from the Idleb front, the Syrian Arab Army struck several sites under the control of the jihadist rebels, including their trenches in the Jabal al-Zawiya region.

The reports said the Syrian army primarily concentrated their artillery and rocket fire on the jihadist posts and trenches near the town of al-Baraa, which has become the main headquarters for the militants near the Jabal al-Zawiya frontlines.

Last night, the jihadist rebels along the Lattakia-Idleb axis fired several missiles towards the Hemeimeem Airbase, which is under the control of the Russian military.

A source in the Jableh area told Al-Masdar that several explosions were heard near the Hemeimeem Airbase, as the Russian and Syrian air defenses managed to intercept the enemy missiles.

The jihadist attack on the Hemeimeem Airbase last night marked the first time this month that they have targeted this large installation in Syria’s western region.