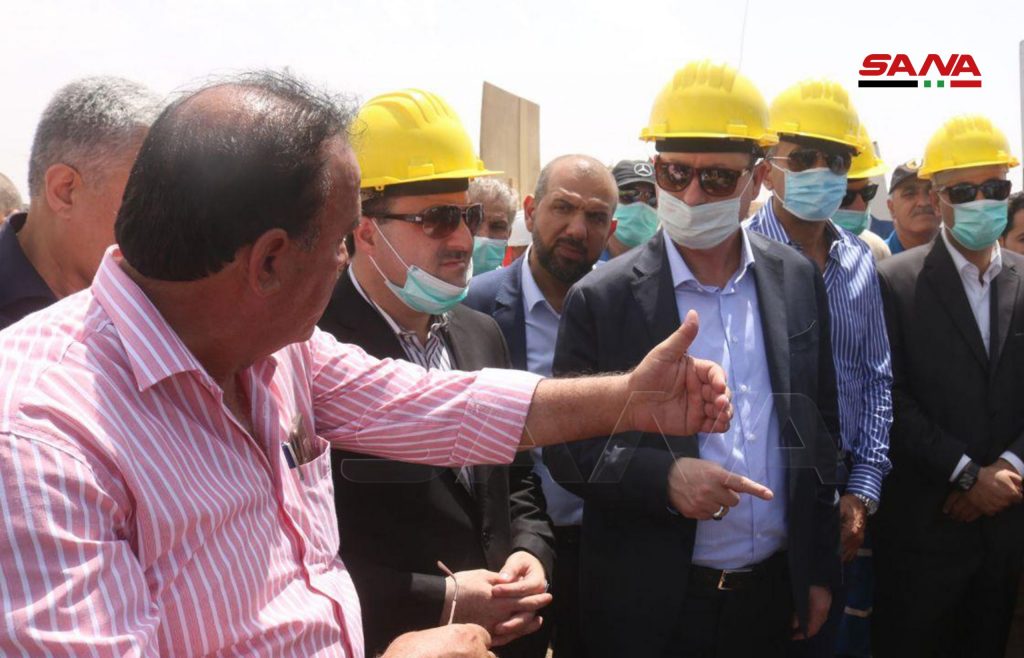 On Wednesday, a ministerial delegation launched several infrastructure and service projects in the eastern province of Deir ez-Zor, including a water pumping plant and a school.

Director of Deir ez-Zor Water Company, Rabee Ali, told SANA that the rebuilt water plant has a capacity of pumping 160 cubic meters of water and it supplies two neighborhoods in the province with drinking water.

Rabee indicated that the plant had been sabotaged by terrorist groups when the city was under their control and its repair has been carried out by national experts.

He added that about 57 water pumping plants have been rehabilitated and put into service in the province.

The ministerial delegation also inspected the rehabilitation works of the cattle farm that has a capacity for 1,000 cows.

The ministers also inspected the progress of reconstruction works at several schools in Deir ez-Zor.

Head of Deir ez-Zor Educational Directorate, Nashat Ali, said that 322 schools have been rehabilitated in different areas across the province and the number of students now exceeds 132,000.

According to head of Deir ez-Zor City Council, Eng. Raed Mandeel, rubble has been removed in 20 neighborhoods in the city and there are seven neighborhoods left, and work is underway around the clock to reopen the streets.

The ministerial delegation also toured the al-Tayem oil field facilities and its power station, and was briefed on the progress of the teaching process at Euphrates University.