Activists have condemned the actions of Hay’at Tahrir al-Sham, who attacked a number of media activists on the M4 highway north of Ariha reports Baladi News. 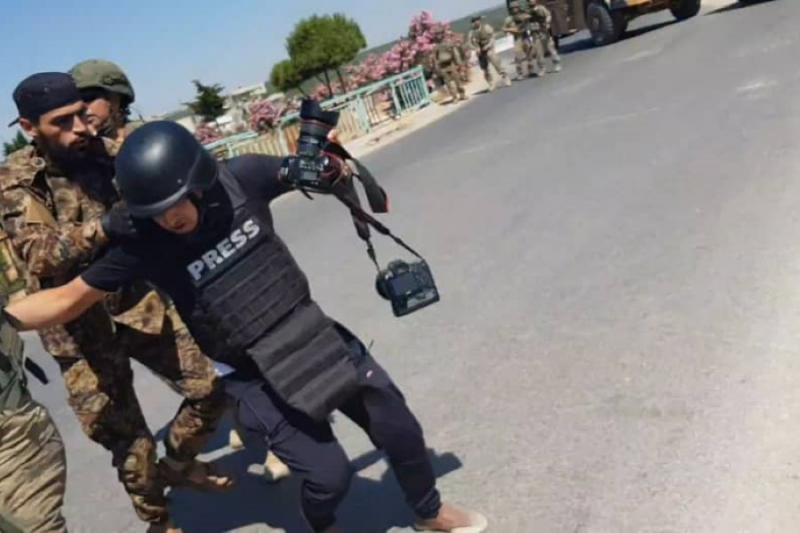 Opposition activists in northern Syria released a statement today condemning the attack on media activists in rural Idleb by Hay’at Tahrir al-Sham security personnel on the M4 highway north of Ariha, confirming that a number of people were targeted yesterday without justification after a Russian-Turkish patrol passed.

According to the statement, “each time [such an incident occurs] on a new pretext,” it indicates a systematic policy of combating freedom of speech and photography. This gives a general impression that the area is not safe for media work, as similar incidents continue without accountability.

The statement added: “As media activists from rural Idleb and Syria in general, we denounce and condemn these practices by well-known parties. We stand beside our fellow activists who faced the attack today, and affirm our rejection of any infringement on our rights to cover events in the area. We reject any restrictions on freedom of the press.”

According to the statement, continued repressive security measures against civilian activists are a form of repression, tyranny and infringement on freedoms, and an added suffering for the activists and their families. Authorities in the area must curb this and take responsibility for making sure they do not continue.

Tahrir al-Sham fighters on Wednesday assaulted a number of media activists, including correspondents from Shaam Network, while they were photographing the passage of a Russian-Turkish patrol on the M4 international highway near Ariha. The attack was a continuation of Tahrir al-Sham’s arbitrary practices against activists and media workers.

Activists told Shaam Network that Tahrir al-Sham security personnel disguised in civilian clothing attacked a number of media activists at the northern entrance to Ariha, after the Russian patrol passed by, shouting insults at them and breaking their cameras.

Sources described the Tahrir al-Sham fighters’ actions as similar to those of “shabiha.” The fighters accused the activists of photographing women, which activists confirmed was untrue.