It has been announced that a private company will construct a five star hotel on the site of the Hejaz Railway Station reports Sowt al-Asima. 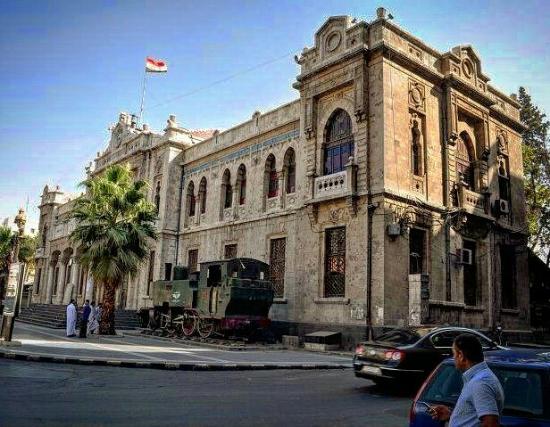 The General Foundation for the Hejaz Railway Station announced it had concluded granting an investment project to an unnamed private company to develop the historic train station in Damascus.

The director of the foundation, Hassanein Muhammad Ali, said that the investment project aims to set up a tourism and business complex named “Nirvana,” under a 45-year contract, according to pro-regime newspaper Al-Watan.

Ali added that the annual allowance for the investment, according to the project, is 1.6 billion Syrian pounds, or 16 percent of revenue, in accordance with their rise. The annual allowance is set to increase by five percent every three years, so that in the final three years of the investment period, it will reach 3.167 billion Syrian pounds annually, so that the entire project can then be owned by the foundation.

According to Ali, the Nirvana complex will consist of a 300-bed five star hotel of 5,100 sq. meters, alongside a commercial complex, restaurants and multi-purpose halls. The hotel will have 12 stories and cost 40 million dollars, and its implementation period will be 36 months from the date of licensing, to be invested in accordance with the build-operate-transfer (BOT) system.

The General Foundation presented the investment project in mid-November 2019, to include real estate property 748 from the al-Qanawat area, with an area of 5,133 sq. meters owned by the foundation, during the Tourism Investment forum held by the Ministry of Tourism.