Ahmad al-Arsali has been accused of being a member of the Air Force Intelligence and of being in Germany to spy on refugees reports Zaman Al-Wasl. 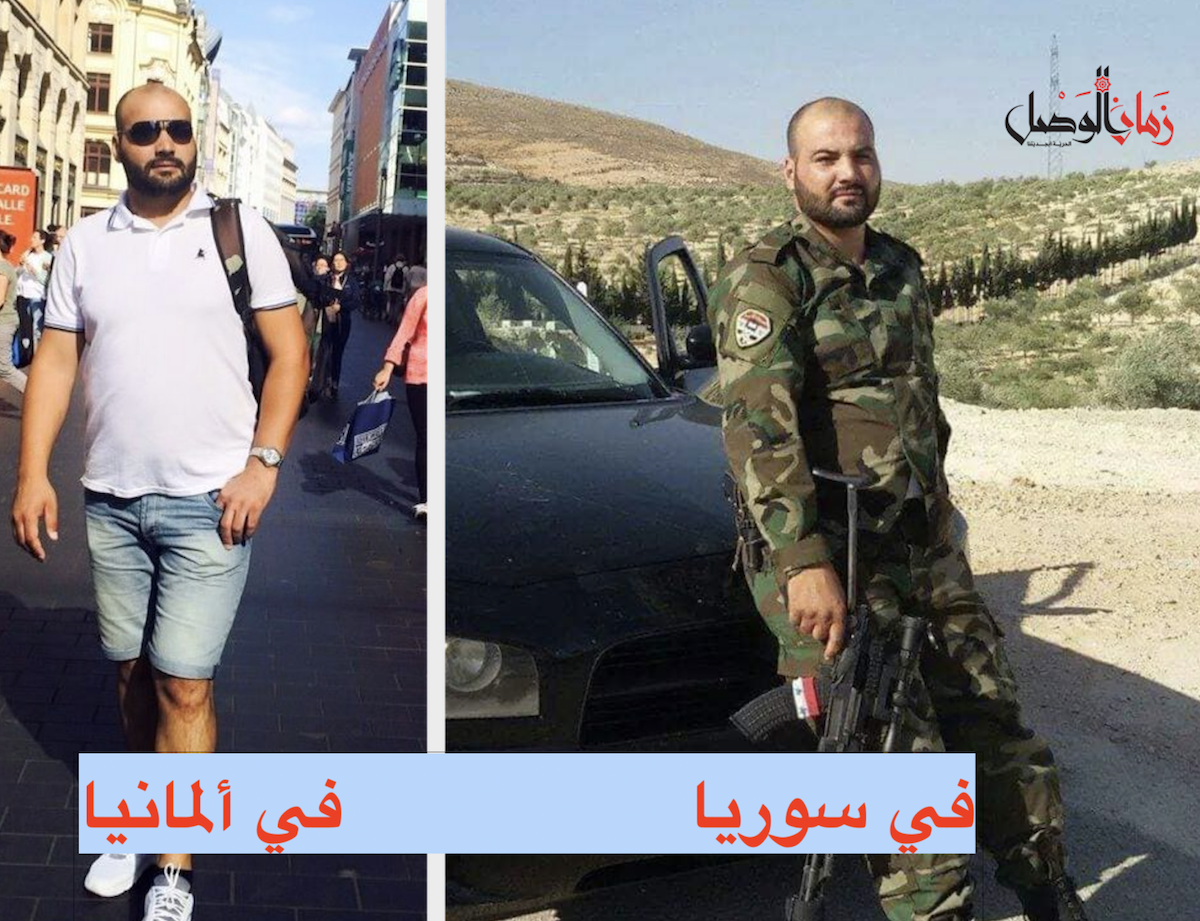 Ahmad Yusef al-Arsali is a Syrian refugee in Germany who claimed he fled the war and Bashar al-Assad’s tyranny and suppression, but Zaman Al-Wasl sources have confirmed that he was an agent in the Air Force Intelligence, the notorious security branch that has committed war crimes against the Syrian people since the beginning of the uprising in 2011.

Arsali, who applied for asylum in Germany in 2015, has participated in killings and looting in Syria, as he was also a part of the Air Force Intelligence and had connections with Hezbollah. Additionly, he actively participated in the incursions, torture and killings of civilians in several rebellious Damascene neighborhoods. He was immediately recognized by more than one survivor when shown his image.

During the asylum interview held by the German authorities, Arsali claimed that he was an unarmed civilian, although his social media pages were full of pictures presenting him in military uniforms, carrying weapons, and driving off-road vehicles, which have long been considered a symbol of the shabiha in Syria.

Arsali, who currently lives in the Grainau area in Leipzig, east of Germany, used to terrorize Syrians with violence and robbery.  He took shelter in and was backed by Hezbollah in Leipzig. The party members, however, have been pursued by German authorities after they classified Hezbollah as a terrorist organization at the end of April 2019; banning its activities in a number of German cities since.

Private pictures of the shabiha Arsali have been provided by one of his classmates in a German language course.  In most of these photos, he appears wearing a military uniform and carrying a weapon, which confirms his involvement in war crimes. There are also other pictures of him accompanied by other men wearing the same uniform.

Activists expressed their concern that Arsali was sent to Germany for the purpose of spying on refugees and collecting information about the main figures of opposition who are active in Europe.

Lawyer Anwar al-Bunni had called on the Syrians who suffered torture to provide their testimonies to the German judiciary and insisted in an interview with The New Arab newspaper, on the possibility that the regime is, in fact, sending operative spies to Europe, and feeding them false information in order to mislead the German judiciary.