Residents of Idleb have begun fleeing their home, in anticipation of another assault by the regime forces reports Zaman Al-Wasl. 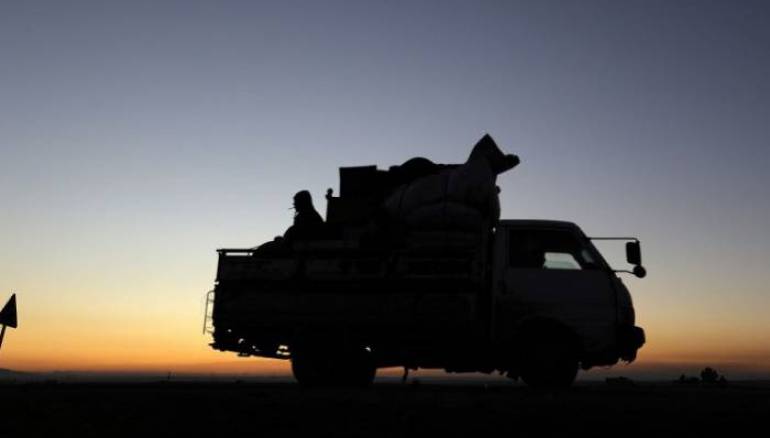 A new wave of displacement began Sunday in the northern province of Idleb, as residents fear a new offensive by regime forces despite the three-month-long ceasefire.

Khalid Raslan, 35, along five families fled the Jabal al-Zawiya region to the Turkish border on Sunday. Raslan told Zaman Al-Wasl that all residents are expecting an imminent offensive by regime forces and allied militias.

Turkey, which backs rebels opposed to Bashar al-Assad, agreed a ceasefire with Russia in early March after a terrifying three-month air and ground campaign that killed hundreds and sent a million people fleeing towards the Turkish border.

The agreement did not force Assad’s forces to roll back the significant military gains made during the Russian-backed offensive over the past three months — a key Turkish demand prior to the talks.

The regime offensive in Idleb province and parts of Aleppo has displaced more than 1,041,000 people from their homes and killed 700 people, including 91 women, 212 children and 17 rescue workers, the Syrian Response Coordination Group said.

Over the past three months, Turkey has sent hundreds of army vehicles and advanced weapons, setting up about 60 military outposts.

Local observers say Ankara is prepared for any offensive.