Despite the threat of the coronavirus, the EU has confirmed that it will extend sanctions, while calling for a political solution in Syria reports Al-Masdar. 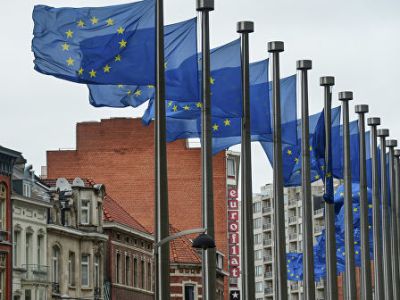 European Union officials have confirmed their intention to extend sanctions against the Syrian government, despite the COVID-19 outbreak across the world.

A high-ranking European official told reporters in Brussels on Wednesday that extending the sanctions against the Syrian government, “will send a strong message that the current approach, which includes violence, the deterioration of the humanitarian situation and the use of chemical weapons, is totally unacceptable,” the TASS News Agency reported.

The official, whose identity was not revealed, again called for a political solution to the conflict in Syria.

Another official from the European Union’s Foreign Affairs Authority said “The sanctions will be extended soon.”

During the 73rd session of the World Health Assembly, the Syrian Minister of Health, Nizar Yazigi, announced that “harsh and unjust” US and European sanctions hinder efforts to combat the spread of the coronavirus in Syria.

The Syrian Foreign Ministry demanded last April that the West lift all sanctions against the backdrop of the danger posed by the spread of the new virus in the country.

European sanctions have been imposed on Damascus since 2011; these include the ban on exporting oil from Syria and the export of energy and oil products to it, in addition to restrictions imposed on investments, the freezing of assets of the Syrian Central Bank and the ban on trade with the Syrian authorities with dual-use technologies and means to monitor and prevent telephone and Internet connections.

The European Union also included 255 people and 67 Syrian entities on its blacklist.