Hay’at Tahrir al-Sham have arrested a number of people in Idleb, denied them basic rights and threatened to forcible disappear them writes Nedaa Syria. 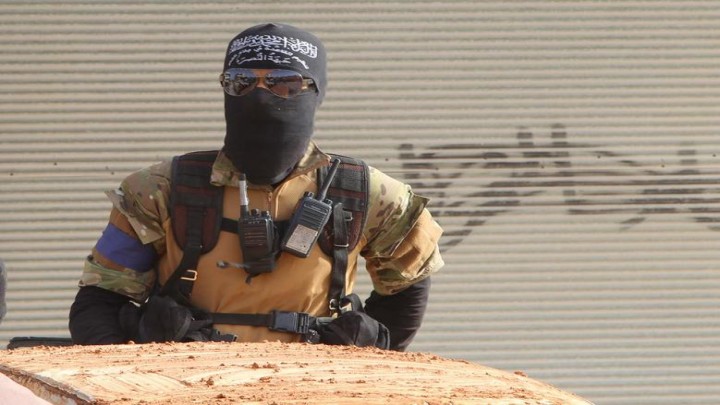 Hay’at Tahrir al-Sham has arrested a number of religious leaders and displaced people in rural northwestern Idleb, according to two separate statements issued by the Syrian Network for Human Rights.

Tahrir al-Sham arrested three religious leaders in the Harem area of rural western Idleb, taking them to an unknown location after summoning them to one of the group’s courts on May 7, 2020, the Network reported.

Tahrir al-Sham captors reportedly confiscated the detainees’ cell phones and barred them from communicating with their families, warning them that they could be forcibly disappeared.

In another statement, the Network reported that Tahrir al-Sham had arrested three civilians, displaced people from rural Hama, that were living in Maram camp near Sarmada in northern Idleb. One of the detainees is a woman.

The rights group added that around 2,060 people remain in Tahrir al-Sham prisons, warning that their lives are at risk should the coronavirus reach them.

Meanwhile, the coming days are set to be critical for rural southern Idleb, according to Turkish writer and political analyst Taha Odehoglu, with possible battles between Turkish forces and rebel factions on one side, and Russian and Iranian militias on the other. He added that Turkey and its allied factions are preparing to face these potential clashes with their full forces.

“Turkey is convinced that the agreement with Russia remains as fragile as previous agreements because it did not include the establishment of a safe zone, and left out any indication of the fate of more than a million refugees amassed along the Turkish border crossings,” Odehoglu said. “But there is another point of view here in Turkey, that the latest Turkish military reinforcements could perhaps herald another, more destructive, round of fighting should the agreement collapse.”

With reinforcements from the Russian-backed regime and Iranian forces, who have sent their fighters and heavy equipment to the direct confrontation line in southern and eastern Idleb, the coming days “are crucial for southern Idleb,” Odehoglu added.