The Syrian Tribes Council and the Independent Kurds League have joined the Syrian National Coalition, although not everyone is happy writes Baladi News. 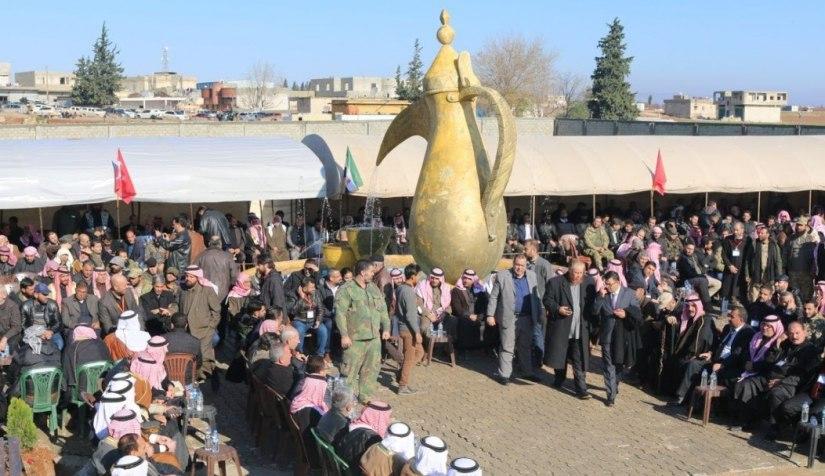 The Syrian National Coalition for Revolutionary and Opposition Forces (SNC) agreed to allow the Syrian Tribes Council and the Independent Kurds League into its ranks, in a move that did not win everyone’s approval, sources told Baladi News.

Mudar Hammad al-Asaad, a member of the Syrian Tribes Council, said joining the SNC was designed to allow the group to participate in the Syrian opposition’s political decision-making, as well as having representation in the negotiating body.

According to Asaad, it was agreed to give five seats in the SNC to the Tribes Council, and one seat to the Independent Kurds League. He added that it was necessary to pump new blood into the SNC, especially as some members had remained in their seats for years.

He stressed that there were some parties in the SNC that reject new political bodies joining them, but did not name which.

Meanwhile, Rudeif Mustafa, a member of the Independent Kurds League, said that the Kurdish National Council (KNC) rejected the idea of the League joining the SNC, despite it being a similarly Kurdish group, “on the pretext that there is a prior agreement between the SNC and the KNC barring the entry of any Kurdish party without its approval.”

Mustafa added that as a result of the KNC’s position, the matter was referred to a secret vote. In the end, there were 58 votes out of 82 in favor of the Independent Kurds League entering the SNC, although “we only needed the approval of 55 to enter.”

The Independent Kurds League was founded in June 2016, in the southern Turkish city of Urfa. It formed an administrative council of 31 members, presided over by Abdelaziz al-Tammo. The KNC, meanwhile, was founded in October 2011 in Erbil, the capital of northern Iraq’s Kurdistan region. It was composed of 14 parties and factions of Syrian Kurds, and joined the opposition SNC in September 2013.