The bodies of two men have been discovered in Daraa province, as the region continues its steady decline in security reports Jesr. 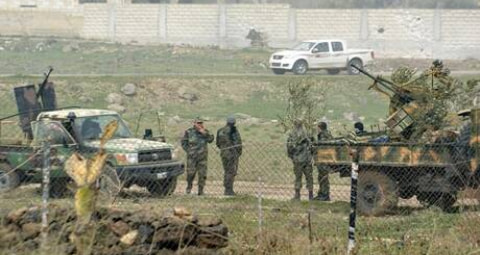 Residents in Daraa province found the bodies of a killed military security forces member and a taxi driver.

Daraa 24 reported that the first body belonged to Alaa Ghassan, also known as Abu Shihab, who was found dead in the Chiyah Farms south of Daraa al-Balad. He is from Daraa city, and became a member of the Mustafa al-Masalmeh group that works with military security forces, after undergoing a reconciliation and settlement agreement [with the government] alongside other local factions.

Meanwhile, another body was found near the Libyan Company in the village of Jileen west of Daraa. The body was later revealed to be that of Sufian al-Abdulllah, who works as a taxi driver and was kidnapped days before by unknown gunmen on the outskirts of the western Daraa town of Tel Shihab.

Kidnappings and killings have been widespread in Daraa governorate recently, targeting many members and leaders of the reconciliations and settlements, as well as the regime’s army and security forces. Even civilians have not been spared, as assailants seek ransom money, amid an unprecedented state of security chaos in the governorate.