Hay’at Tahrir al-Sham highlighted the important role of the freedom of the press, while ignoring their own persecution and murder of journalist working in liberated area reports Al-Modon. 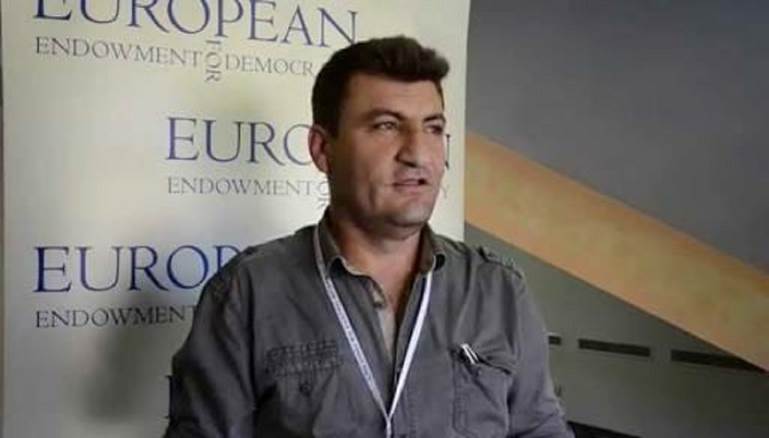 Hay’at Tahrir al-Sham, who killed Raed Fares, has no right to speak about freedom of expression.

Tahrir al-Sham on Wednesday sent a message to Syrian journalists and media workers in northern Syria, implicitly warning against criticizing the hardline group, or else face punishment.

According to a statement circulating in Syrian opposition media, Tahrir al-Sham’s public relations and media office said that there is one way to end prosecution and violations against journalists, “We encourage them to take their true role of effective positive criticism, and transfer the mistakes that have happened to the relevant authorities, to share with them the responsibility and honesty placed on their shoulders to direct public attention towards the true interests of the battered people. They must not heed those who have made the journalistic profession a cover for anti-revolution political agendas, which they use for their own personal benefit while ignoring professional principles and ethics.”

In fact, Tahrir al-Sham criminalizes everyone who criticizes it. The Syrian Network for Human Rights says that the group was responsible for a number of assassinations against prominent journalists such as Raed Fares. In an exclusive report released ahead of World Press Freedom Day, the Network said Tahrir al-Sham was responsible for killing eight journalists—two of them due to torture. Three other journalists were detained in the group’s prisons.

It is therefore ironic that Tahrir al-Sham, which until recently was tied to the al-Qaeda terrorist organization, speaks about values such as press freedom. In its statement, Tahrir al-Sham said, “The achievements of the Syrian revolution enjoyed by residents of areas liberated from Assad’s criminal rule are numerous and varied. Most importantly is freedom of the press. Liberated journalists realize this gain in light of the prosecutions and violations carried out against them under the Assad family’s rule, as well as the grip of the intelligence forces that will not end until those areas are liberated, and freedom and dignity are defended.”

It must be said that despite most of the violations carried out against journalists in Syria being attributed to the Syrian regime, which is responsible for 85 percent of killings targeted against journalists since 2011, Tahrir al-Sham nevertheless cannot pay lip service to protecting democracy and freedom at all. This is especially true, in that Tahrir al-Sham repressed ordinary civilians who went out in protests against the group. The group has also harassed foreign journalists in Idleb.

According to the Syrian network for Human rights, Tahrir al-Sham, “harassed, on a large scale, citizens and journalists in areas under its control, as well as killed and assassinated those it felt posed a threat to its extremist ideology and approach.” The Network documented dozens of arrests by the group’s forces on the basis of them publishing writing against its policies or undertaking activity without obtaining permission. The Network also documented dozens of media workers injured by gunfire from the group while covering protests against it, causing the recent retirement or displacement of a large number of them.