The cousin of Bashar al-Assad has compared the current situation with Rami Makhlouf, to that of his father, Rifaat al-Assad, in the 1980’s reports Sowt al-Asima. 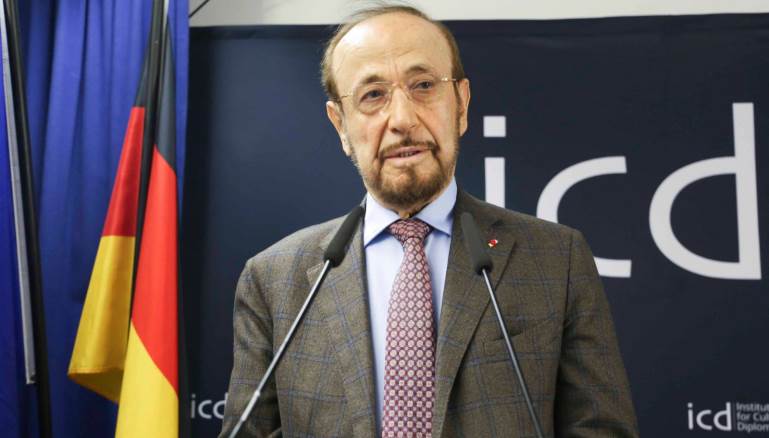 Video clips posted by Rami Makhlouf in recent days have spurred a wave of comments on social media, including analysis touching on this unprecedented appearance, and the timing of the video’s release.

One commenter was Firas al-Assad, Bashar al-Assad’s cousin, who likened what is happening between the Makhlouf and Assad families to what happened between Hafez al-Assad and his brother Rifaat in the 1980’s. At the time, Rifaat was ordered to step down from his military strength, while today Rami Makhlouf is being requested to give up his tremendous wealth in Syria.

Firas wrote in a post on his Facebook page, “When Rifaat al-Assad reached the stage of defeat, he organized a conference and spoke to hundreds of people about his love for Damascus, justifying his exit and his concerns for Damascus and his fear of a war that could destroy it,” despite, “the massive difference, of course, is between Rifaat al-Assad’s gravity and position in the 1980’s, and the featherlike–even puny–weight that Mr. Rami enjoys today.”

He pointed out that this was what Rami had begun doing, “as he reached the stage of defeat. He organized those successive conferences, in the form of videos, to talk about his love and keenness for the poor, while he and his father before him have contributed the most to stealing from the Syrian people and the poor people of Syria.”

Firas stressed that the matter is complicated, and much bigger than the problem of tax evasion, as it revolves around billions of dollars that have been tampered with, smuggled and hidden from the eyes of the palace over the past 10 years. “Rami is demanded today to give up his massive holdings abroad,” he added.

Duraid Assad, Firas’ brother, expressed his opinion in response to some followers’ questions, saying that, “the truth, unfortunately, is that it was not successful–neither in form nor content,” adding that, “someone who controls 60 percent of the Syrian economy will of course tell you so much,” referring to the Assad family.

He added that, “the context of the terms with which he addressed the president via social media constitute a direct offence to the presidency.”