A video has been released showing a young girl who collapsed in the street in Damascus, of an unknown illness, and was not helped by onlookers and people passing by writes Baladi News. 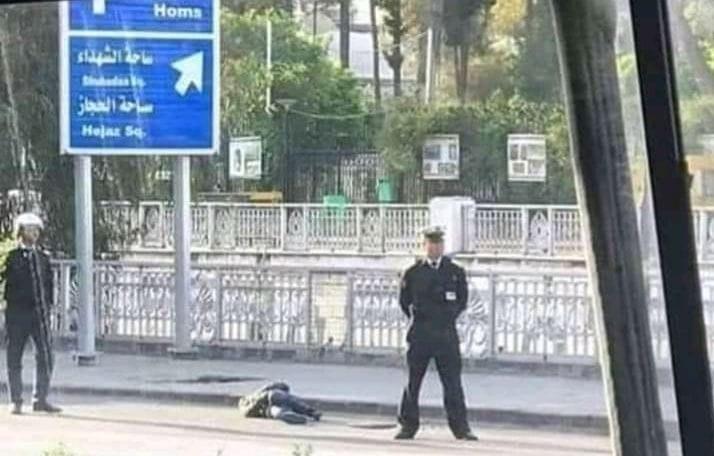 Activists circulated a video clip showing a girl suspected of having the novel coronavirus collapsing in the street in central Damascus’ al-Barakmeh district amid heavy police presence.

A young man named Ali al-Azizi posted details of the incident on his Facebook page: “I saw the girl lying on the ground at around 7:15 a.m. Passersby had gathered around her, so I began to call the emergency services.”

Azizi wrote that he called the number more than five times, with no answer. So he searched online for a coronavirus hotline. Failing to find a number, he decided to search for phone numbers of hospitals. After failing to obtain any number, he called the Syrian Red Crescent.

“I succeeded in contacting the Red Crescent, who gave me the phone number of their nearest medical point. But the number was incorrect, so I called them back and they gave me the number to order an ambulance. It arrived at 08:00 a.m., after this whirlwind of phone calls.”

Azizi mentioned that the people who had gathered around the girl, “did not know anything about her situation, and it was possible she could have been infected with coronavirus, or that she could have had a seizure, hypotension, a coma or asthma. But in any case, it wouldn’t have been right to leave her in that street.”

He published a video clip of the girl lying on the ground, and a photo of two traffic police officers standing near her after the passers-by had been removed.

For its part, the Interior Ministry published an explanatory statement on its official Facebook page, with a video of the girl in an ambulance that evening, more than 10 hours after her fall.

According to the statement, the girl had collapsed in a street in Damascus without anyone giving her emergency help. It explained that she worked in the General Organization of Radio and TV, and she had previously lost consciousness on Apr. 15, 2020, while walking down the Mezzeh Highway, after which she was taken to the al-Muwasah Hospital. Her health is in good condition, the statement confirmed, and she is not suffering from coronavirus symptoms. She was discharged after communicating with her family.

The statement added that the same girl collapsed to the ground for a second time yesterday on Shukri al-Qawatli Street, where traffic police immediately called an ambulance and the Marjeh police branch. She was then taken to the al-Muwasah Hospital, where she was said to be in good health, and not infected with coronavirus.