Following confessions that was broadcast on state TV, The Qasioun Brigades have denied the regime’s accusations and vowed to respond writes Brocar Press. 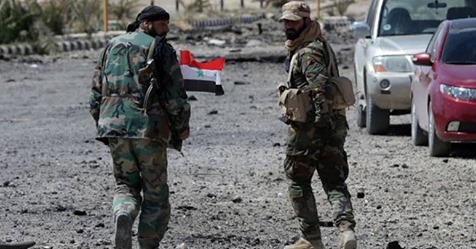 The Qasioun Brigades issued an official statement on Monday denying that the Syrian regime had arrested a number of its members.

The Qasioun Brigades, which claims to carry out operations in Damascus and its countryside, said that the allegations broadcast by the regime’s media are just an attempt to persuade people of their control over the situation as well as to boast of security achievements.

According to the statement, which Brocar Press had received a copy of, the individuals who appeared in the video released by the regime’s media have no connection with the group, noting that it is likely that they are innocent citizens who were forced to make baseless confessions.

“Assad and his corrupt leaders are spreading these rumors and promoting them to conceal the real reason behind the insecurity, poverty and misery that the Syrians are living,” the statement said.

The Brigades vowed to attack the regime with further operations in response to its corruption, injustice, and criminality against the Syrian people.

The regime’s official TV channel had broadcast on Apr. 11, 2020, confessions by young men from Knacker in Damascus countryside, and further claimed that they were arrested for carrying out terrorist operations in Damascus.