An explosion at a weapons depot in the Aleppo countryside has killed a number of regime fighters, but the cause of the blast has not been reported writes Zaman Al Wasl. 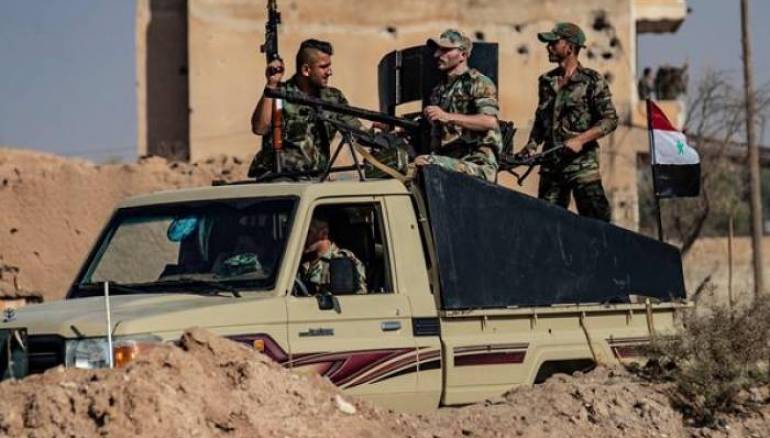 Two Republican Guard troops and one Hezbollah militant were killed on Sunday when an explosion struck a weapons depot in northern Aleppo province, a rebel source told Zaman al-Wasl.

The depot is located in the town of Miznaz in the western countryside of Aleppo.

Colonel Ahmed Said was the commander in the artillery battalion in the 105th brigade, a key unit in the Syrian army’s elite force.

The Republican Guard has been the army’s backbone in fighting across out the country.

In northern Syria, at least 400 army troops and officers have been killed since February, mostly in Turkish artillery and combat drones attacks, local activists said.

The conflict in Syria has killed more than 390,000 people and displaced 7.5 million.

In a related story, Turkish forces have set up three new observation points in northern Idleb province, bringing the total number of points to 54, amid heavy reinforcements that keep pouring into the last opposition stronghold in Syria, despite a ceasefire deal reached last March, local activists said Sunday.

The new outposts have been established in the villages of Frika and Bakseryah, west of Jisr al-Shughour city.

At least 350 trucks carrying troops and tanks entered Idleb this week amid warnings by Ankara to Damascus urging respect of the ceasefire deal reached month ago and to stop violations.

Turkey said on Sunday it would minimise its troop movements in operation zones in neighbouring Syria in response to the coronavirus outbreak as the Turkish death toll and infections in the country rose, Reuters reported.